You Suck at Parking out on Switch in 2023, physical version happening, new trailer 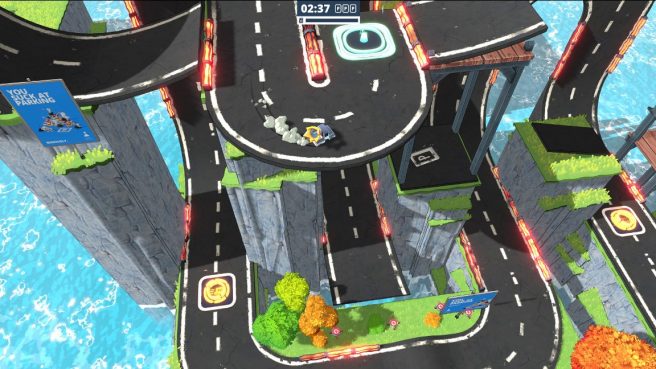 Happy Volcano has provided a release window update for You Suck at Parking, its new top-down racer. Although it will initially debut on September 1, the title won’t be on Switch until 2023.

It’s also been announced that FireShine Games is readying a physical version. Just like the digital release, it’s planned for 2023.

Here’s some information about You Suck at Parking:

Comprising both single-player and online multiplayer modes, You Suck at Parking is the world’s most extreme parking experience and the only racing game where, uniquely, the goal is to come to a stop. Success is all about racing against the clock as players dash, drift, and drag their handbrakes as they slam into parking spots in quick time.

Developer Happy Volcano lifted the lid on the game’s multiplayer mode – which will initially allow four players to take on each other in a full-on parking party – back in May, alongside the news that the top-down racer will feature 60 wild multiplayer levels and 100 solo levels with ever-increasing difficulty.

Excitingly, the multiplayer on offer will also be cross-platform, whilst Happy Volcano can also confirm it’s the studio’s intention to refresh the levels on offer in play every two weeks, with fresh ones delivered until…well, until the sun swallows the Earth.

We also have a new trailer below.