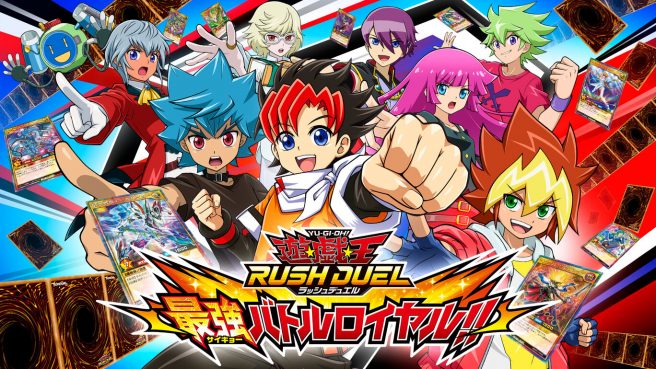 Konami is bringing Yu-Gi-Oh! Rush Duel: Saikyou Battle Royale!! to the west, the company revealed during the Yu-Gi-Oh! Digital Next event today.

In Japan, the game is planned for release on August 12. In North America and Europe, it’s now confirmed for a fall release.

Since last year, more and more Duelists have been enjoying the Yi-Gi-Oh! Rush Duel card game. The feature of this game is that you can easily turn the tables through multiple draws and Summons. You can play Rush Duel digitally with the upcoming game “Yu-Gi-Oh! Rush Duel: Saikyou Battle Royale!!” and through this game, you can learn the rules of Rush Duel. If you become confident with your Rush Skills, you can collect cards digitally to build your own deck and challenge your friends or even Duelists around the world! We believe that those who want to play card games casually will also enjoy this game. We’re hoping that this will be a new entry point for all ages, from new players learning to play card games to older players looking for a new fun way to play Yu-Gi-Oh!