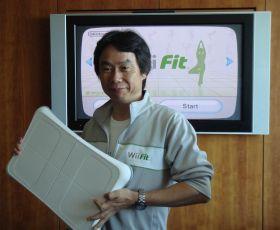 “I think we’d gotten to a point where videogames were something that everyone could no longer enjoy. As a designer, I’m always focusing on what is fun — ideas that people can enjoy. For me, I’m trying to entertain as many people as I can, creating games that the widest number of people can enjoy. Of course, that being said, we do have the existing teams at Nintendo working on the kinds of products we’ve always made over the years. The Zelda team is forming again to work on new games! But to me, it’s about finding these new interactive experiences and bringing them to people.” – Shigeru Miyamoto

Hopefully one of these games Mr. Miyamoto is referring to is an original Zelda title for the Wii. Imagine – If Nintendo starts on Zelda now, it will probably take until 2011 for it to be released!