Posted on January 29, 2018 by Matt(@OnePunchMaz) in General Nintendo, Images 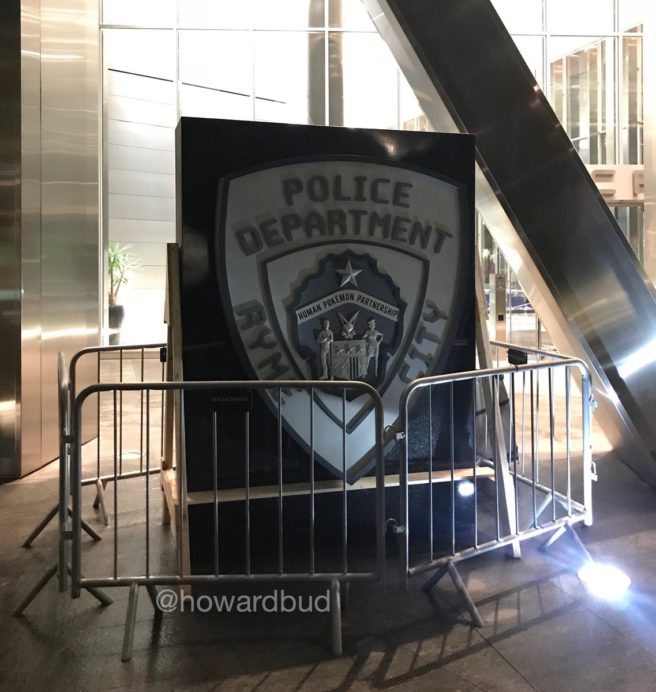 Filming is now underway for the Detective Pikachu movie, and it didn’t take long for someone to stumble upon what is apparently part of the film’s set and some props.

Twitter user HowardBud spotted part of the film’s set in central London. There’s a sign for the “Ryme City Police Department” (Ryme City being the place the Detective Pikachu game and apparently also the movie takes place in), a billboard with some recruitment and missing persons (and missing Pokemon) fliers, a sign for the Police Plaza and some covered up cars.