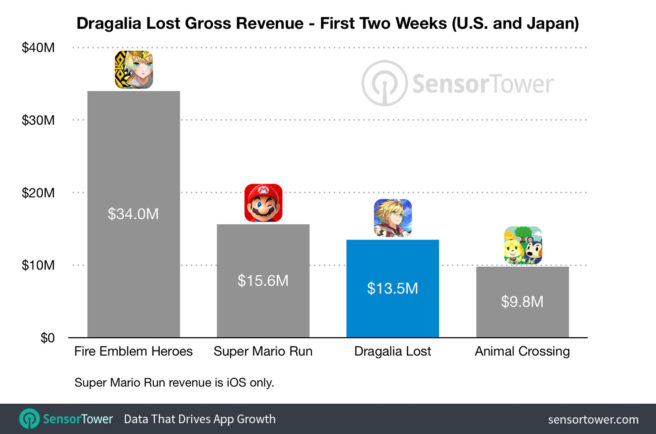 Sensor Tower has a new report on Dragalia Lost, Nintendo and Cygames’ mobile title. The headline here is that it has generated about $16 million in its first two weeks, outperforming Animal Crossing: Pocket Camp’s revenue of $9.8 million during the same timeframe.

Thus far, Japan is leading the way with spending at 69%. The US is next at just 16%. Hong Kong, Taiwan, and Macau make up the remaining 15%.

As far as platforms go, the App Store represents 60% of total spending. Dragalia Lost is currently #19 for downloads among all iOS apps in Japan and #512 in the U.S. It’s #10 on Japan’s App Store in terms of revenue and #62 in the US.