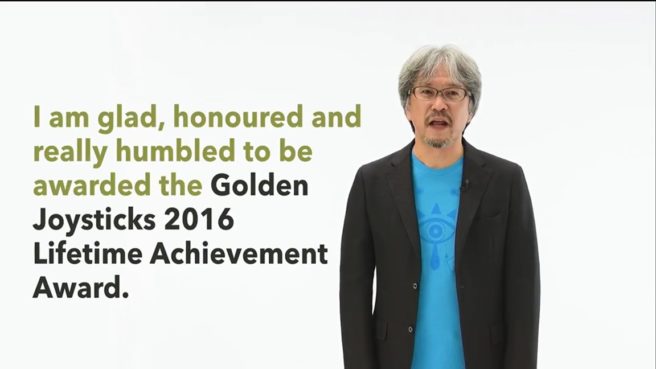 Last year, late Nintendo president Satoru Iwata was honored with the Lifetime Achievement Award at the Golden Joysticks. Another important staffer at the company was given the same honor today: Zelda producer Eiji Aonuma.

Aonuma wasn’t in attendance, but he did deliver a thoughtful pre-recorded speech. We have it in full below.

Aside from Aonuma’s award, The Legend of Zelda: Twilight Princess was selected as the best Nintendo game of the year while Pokemon GO picked up a win as the best handheld/mobile title as well as Innovation of the Year.