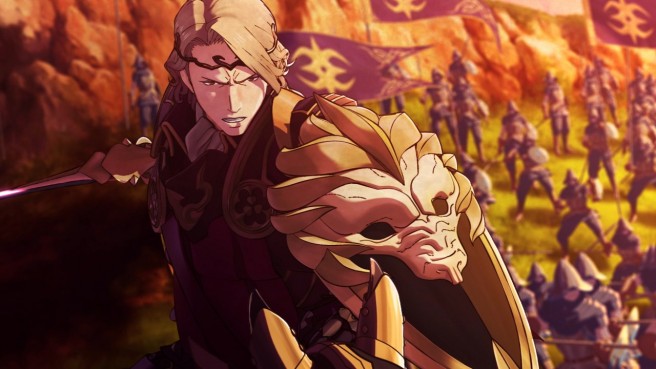 Since some may feel that this news falls into spoiler territory, I’ll be posting the information after the break just to be safe.

Fire Emblem Fates has launched in Japan, and we’re starting to hear about all sorts of interesting things pertaining to the game. Case and point: online multiplayer. Though Nintendo didn’t touch on this feature much before Fates’ release, it seems to offer quite a bit.

Below is a breakdown of what’s included in online multiplayer:

– 5v5 battles with a team of units selected from one of your save files (at any point in the game)
– Local battles, 3DS friend list battles and random online battles
– Random online battles can be played with standard rules or with limitations to eliminate the effect of Eternal Proofs and possibly other items
– No fog of war
– Time limit of 5 minutes per turn
– For online, can have random standard battle or a random limited battle
– Friend battle is an option as well
– 5 maps are available by default (There could be more)
– Mountain village, opera house, destroyed city, crumbled fortress, palace maps
– All of these maps contain Dragon Vein mechanisms and some include destructible objects
– Either of the two players’ My Castles can also be selected as maps if My Castle has been reached in the main game
– Positions will not be assigned based on whose castle it is, so you might find yourself in a ‘defensive’ starting position near the throne in the opposing player’s My Castle
– My Castle maps include destructible buildings, just like in StreetPass battles.
– Before the battle begins, both players will be able to see the total combat strength rating of the opposing player’s units as well as the name of their opponent
– It seems the player with the lowest rating gets to pick the map
– It also seems that the player selecting the map will also be able to decide whether a handicap is active
– Team colors and starting positions seem to be assigned at random
– The blue team gets to move first
– Items and skills all seem to function as usual
– Stave uses are halved at the start of the battle
– The cursor can be moved around freely during the enemy phase
– On My Castle maps, the lighting will sometimes shift from daytime to nighttime and from nighttime to daytime as the battle progresses
– On My Castle maps, (some?) building bonuses seem to be active, but only (?) for the team assigned to the defending position, rather than for the castle’s owner
– After each battle, the game asks you whether the opposing player should be blacklisted