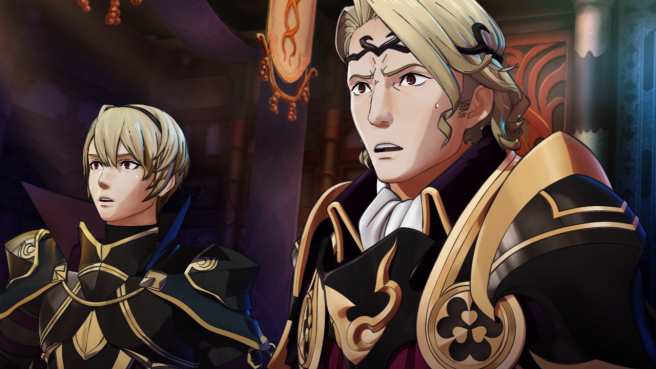 Nintendo has revealed that Fire Emblem Fates allows for a same-sex marriage. In a lengthy statement, the company said that this will be possible between the player-created character and another character in the game.

Additionally, we have official confirmation that Fire Emblem Fates will be sold as two products in North America. The two versions are called “Conquest” and “Birthright” in the west. There are also plans to distribute a third story as DLC.

Read on below for Nintendo’s statement in full.

“We can confirm that Fire Emblem Fates for Nintendo 3DS, which launches in Japan on June 25, 2015, and is coming to the U.S. and Europe in 2016, includes the possibility for a same-sex marriage to take place between the main character created by the gamer and another character in the game.”

“Fire Emblem Fates comes in two different versions, called the Conquest and Birthright editions. In the U.S., Conquest and Birthright will both be sold separately, as is already the case in Japan. For those who have purchased either the Conquest or Birthright edition, a third edition will be made available as downloadable content at a later stage. Details on how the three storylines will be made available in other regions will be announced at a later date. In the Conquest edition of the game, there is a male character that the game’s player may have his/her male main character marry after they bond in battle. Similarly, the Birthright edition features a female character that a female main character may marry after bonding in battle. Both of the aforementioned characters can be encountered in the third edition of the game.”

“We believe that our gameplay experiences should reflect the diversity of the communities in which we operate and, at the same time, we will always design the game specifications of each title by considering a variety of factors, such as the game’s scenario and the nature of the game play. In the end of course, the game should be fun to play. We feel that Fire Emblem Fates is indeed enjoyable to play and we hope fans like the game.”