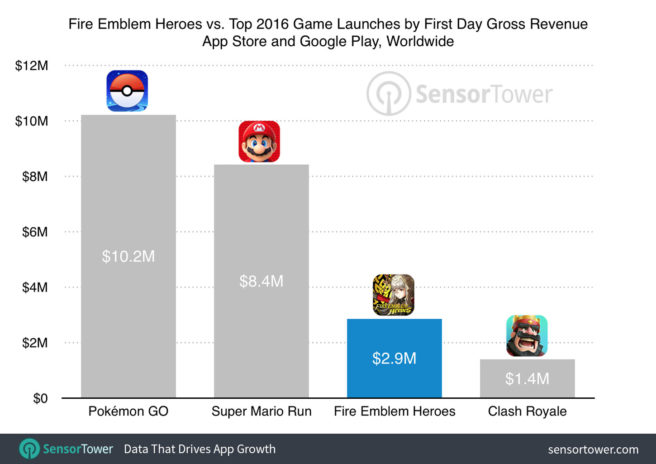 Sensor Tower is reporting that Fire Emblem Heroes has already earned over $2.9 million in worldwide gross revenue and been downloaded more than two million times in its first day. In terms of revenue, it’s behind Pokemon GO ($10.2 million) and Super Mario Run ($8.4 million), but above Clash Royale ($1.4 million). Fire Emblem Heroes is right up there with Clash Royale regarding downloads, though about one-half of Pokemon GO and one-quarter of Super Mario Run.

Sensor Tower adds that “the overwhelming majority of downloads and revenue for Fire Emblem Heroes has come from Japan, with the United States ranking as its second-place territory.” The game is already the 17th ranked iPhone app in terms of revenue on the U.S. App Store. 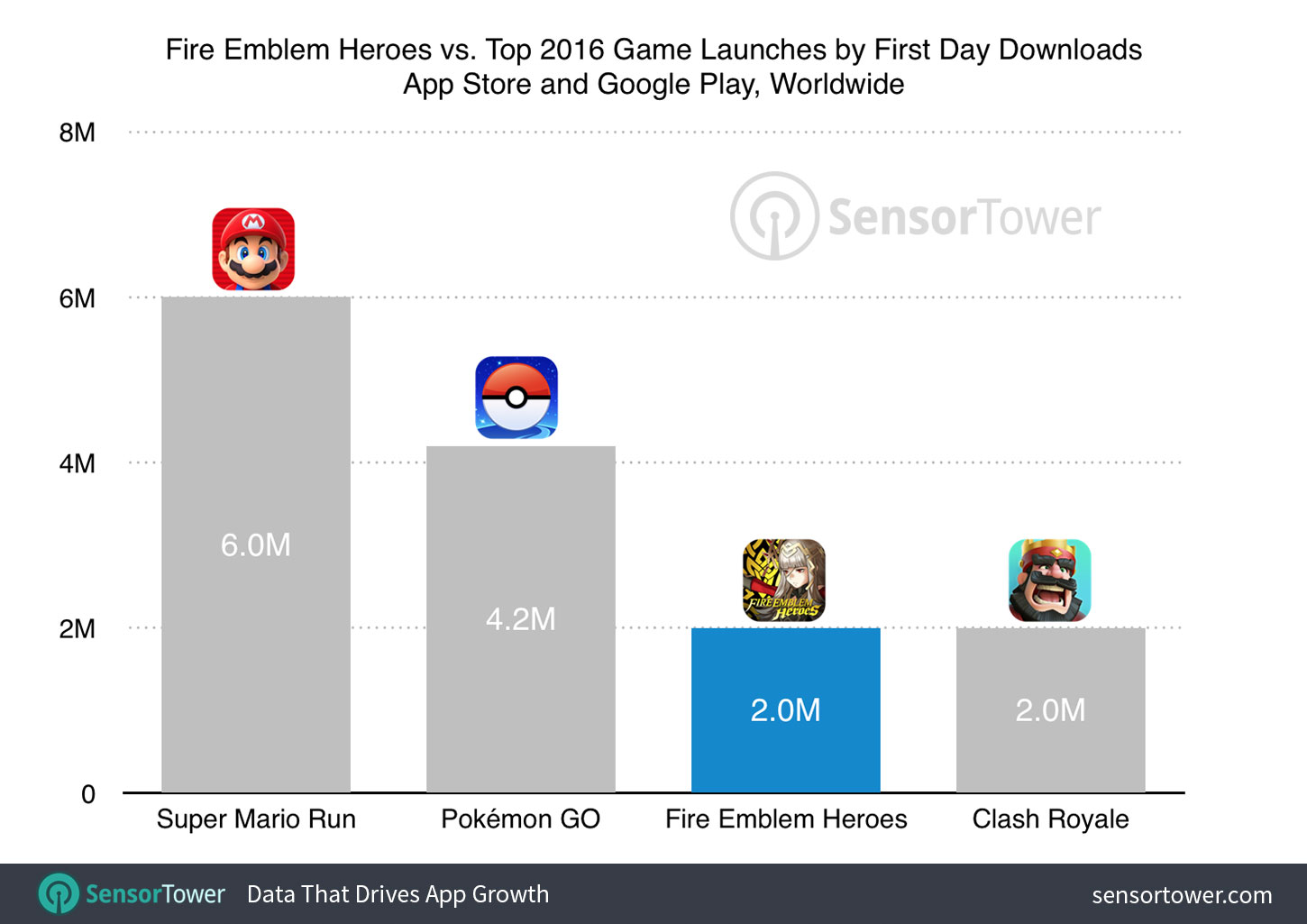