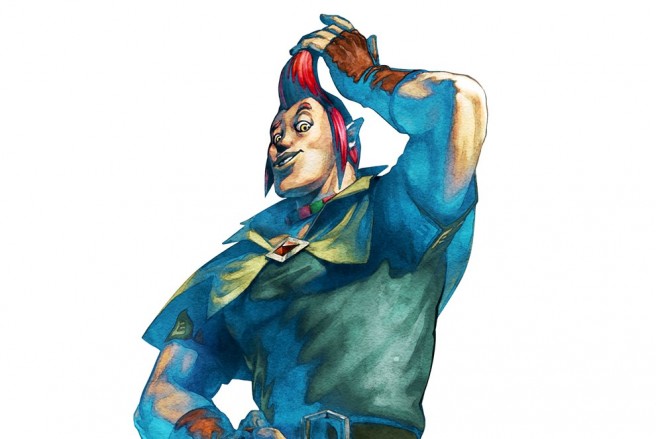 The Legend of Zelda: Skyward Sword introduced us to the memorable character Groose. But as it turns out, this wasn’t his original name. While he may be known as Groose in the west, his Japanese name is Bado – essentially a reference to bird.

Groose’s localized name was created by former Nintendo Treehouse staffer Mike Drucker. On last week’s episode of the GI Show, Drucker talked briefly about how he came up with the idea for Skyward Sword’s character.

During a naming meeting, Drucker was told that Groose was a jock and sort of a jerk. Nintendo was also trying to stick with a bird theme with Skyward Sword. With that information, he went from “Bruce” to “Goose” to “Groose”.

We’ve included the podcast segment in which Groose is discussed below. The whole talk is actually very interesting though since Drucker spoke about his days at the Nintendo Treehouse (before eventually moving on to The Tonight Show!), so you should definitely give it a watch.