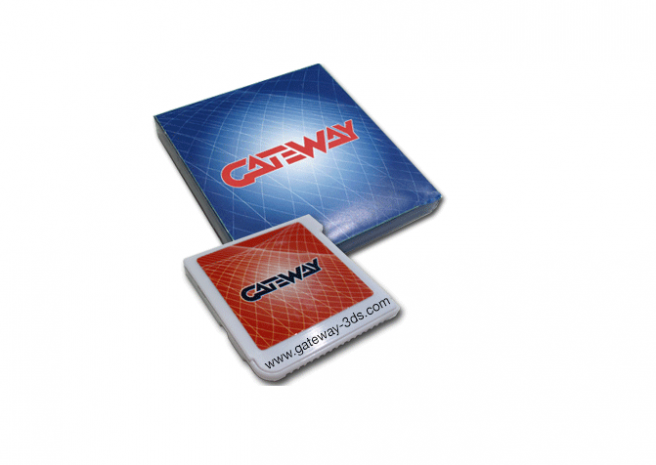 “We are investigating the issue about the recent blue screen bootrom error some users have reported, and we have discovered this is caused by memory corruption due to flawed copying or modifications of our official launcher firmware.

“We specifically warn users to avoid clone launcher firmware [companies which sell modified, older versions of Gateway’s code] and avoid the region-free patches made by Normmatt [the user behind the recent region-free discovery].”

“We can reassure our users that our official (unmodified) launcher firmware is free from such memory corruption and is 100 per cent safe to use.

“We feel sorry for the users that are affected by this error, but we have issued warnings in the past about the clone cards for this exact reason. We pride ourselves to do thorough testing before release, the same cannot be said for our so-called ‘competitors’.”

“(Gateway’s focus was) to bring the best experience to genuine Gateway users. We can confirm that NO Gateway user had any issue with their console or Gateway.”

“We do not answer rumours, speculations and other tactics from people who are not even real competitors, but simply companies stealing our hard work. It would be just taking away our time from what we owe our customers: bringing them a better and better experience with Gateway new firmware, functions and compatibility.

“If you are not a Gateway customer, please simply contact your product manufacturer. We only offer warranty and support for genuine Gateway card.

“Simply put, we do not care about others.”

And lastly, a few words from Nintendo:

“Piracy continues to be a significant threat to Nintendo’s business, as well as over 1400 game development companies working to provide unique and innovative games. The primary goal of the Anti-Piracy Program is to reduce Internet piracy, availability of various infringing devices used to play illegal Nintendo game files, and the production and distribution of counterfeit Nintendo products around the world.

“Through education, raising awareness and legal actions, Nintendo is working hard to preserve the video game industry’s ability to make investments into developing new and exciting games, and to give all legally-sold Nintendo games a chance to succeed.”