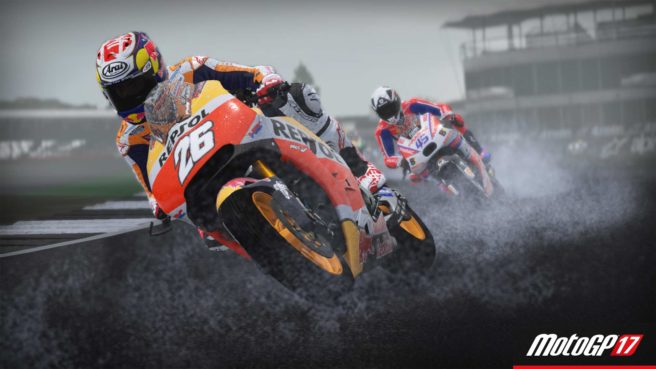 MotoGP 17 isn’t on Switch. That being said, the system could get future entries starting with next year’s release.

Red Bull asked lead programmer Michele Caletti if MotoGP 17 was ever considered for Switch. Caletti explained that the game was built “without Switch in mind” due to development kits being unavailable until the late stages of development. However, thanks to Switch’s support of Unreal Engine 4, Switch could end up being supported starting with MotoGP 18.

“MotoGP 17 is the last title made with our in-house engine. Future titles might also be available on Switch, thanks to the support of Unreal Engine, so it’s something possible from the next year on.

The development kits for Switch have been available during the late development phase of MotoGP, thus all the assets and game modes have been created without Switch in mind. Porting it now would end up with something that would not satisfy us and our users. We prefer to concentrate our efforts on building a great Switch version for the next chapter of the series.”