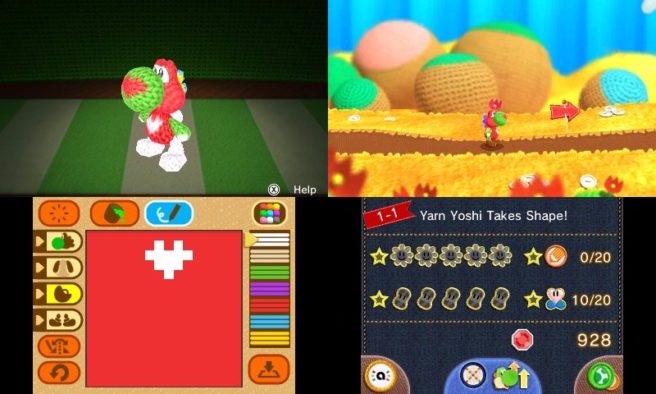 A screenshot from Poochy & Yoshi’s Woolly World found on Amazon Japan last night indicated that players would be able to customize Yoshi. On its European Twitter page, Nintendo confirmed the news. You’ll be able to make your own patterns for Yoshi that appear in-game.