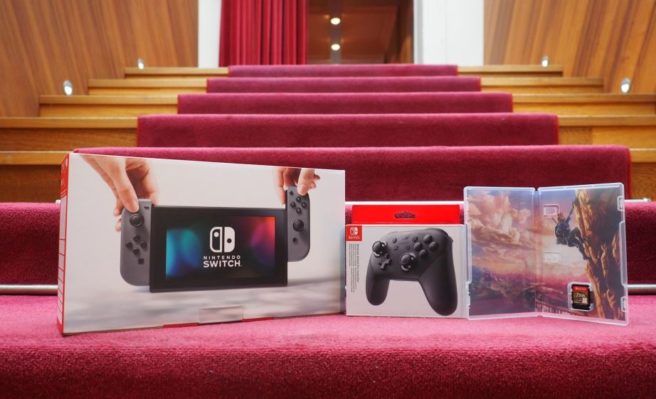 Gamekult has a new interview up with Nintendo France’s Philippe Lavoue. Among other things, Lavoue discussed sales expectations for Switch.

So far, Nintendo is seeing pre-orders similar to those of Wii in France. The company also expects to sell 800,000 units this year, which would be the lifetime sales of Wii U. That includes 95,000 units on day one with a near 100 percent conversion rate with Zelda: Breath of the Wild.

Gray is currently more popular than the neon option at the moment. However, Lavoue thinks things will ultimately shift in the opposite direction.

Lavoue also spoke about how 1-2-Switch isn’t a pack in game. From a financial perspective, Nintendo just couldn’t do it. Zelda: Breath of the Wild being “exceptional” will help Switch, and 1-2-Switch itself is a strong proposition, Lavoue said. While Nintendo would have loved to include a game with Switch, it’s a more expensive console than something like Wii (with more advanced motion controls as well).

Going back to the start of the interview, Lavoue commented on making improvements from Wii U. Nintendo realized that it needed a strong proposition, and being able to take a game with you just in a room wasn’t enough. And while asymmetric gameplay was a nice idea, it was difficult to get across.

Switch has had a short turnaround between the proper announcement in October, the reveal in January, and release in March. This was ultimately down to the big developers and higher-ups at Nintendo. Working with retailers and distributors wasn’t an issue though due to the confidence these partners had in the console.

As for games, Gamekult pointed out how Zelda: Breath of the Wild is also on Wii U at launch and Mario Kart 8 Deluxe is more or less a title released on the old system. However, Lavoue was quick to point out that Mario Kart Wii sold three million copies in France while Mario Kart 8 is at roughly 350,000 units, meaning there is a big opportunity for release on Switch. Lavoue also doesn’t see an issue with Zelda, since pre-orders on Wii U aren’t close at all to Switch even though there are over 800,000 Wii U systems on the market.

As one final note, regarding 3DS, Lavoue believes users of the handheld shouldn’t worry with Switch coming into the picture. He says the first half of 2017’s lineup is better than last year, and thinks three million games as well as 700,000 systems will be sold at a minimum.