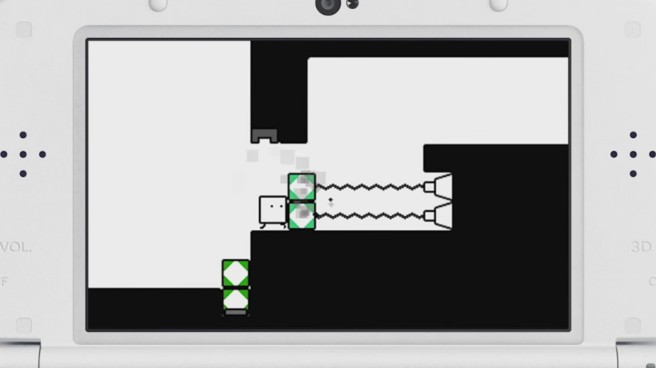 Nintendo and HAL Laboratory have revealed a sequel to the 3DS eShop hit BoxBoy!, which is actually out in Japan right now. The game is BoxBoy: Mou Hito Hako (roughly BoxBoy! One More Box).

In the second game of the BoxBoy! series, players once again control Qbby, who can unleash boxes just like in the first entry. You’ll need to head to the goal while passing through obstacles. Qbby is powered up in this title, as he can now dish out two boxes at a time. Nintendo says that the stages are also undauntedly powered up, and await Qbby with new gimmicks.

Medals collected in the different levels provide costumes, musics, and comics. Those with save data from the first BoxBoy! can also use costumes from that game.

BoxBoy: Mou Hito Hako is available now via the Japanese eShop for 680 yen. 712 blocks of free space on an SD card are required for the download.