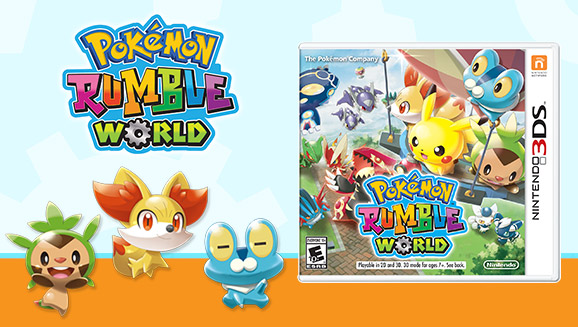 Just like in Europe and Japan, Pokemon Rumble World will be seeing a retail release in North America. This will launch on April 29.

Note that saved data cannot be transferred between the free-to-download and package versions. However, StreetPass and SpotPass functionality will work between the two games.