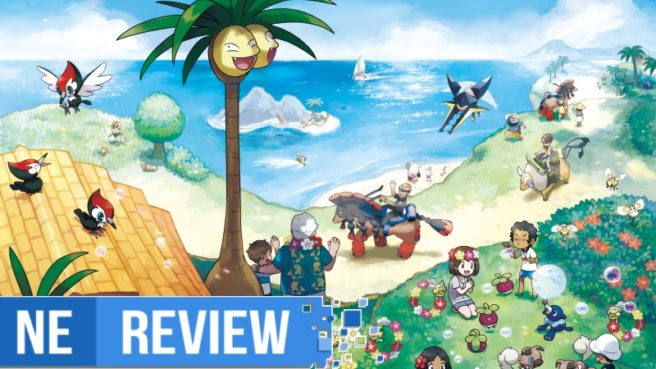 There is no denying that the Pokémon franchise is somewhat of a rarity in the gaming industry. To have a series so well-beloved by new and old fans alike for twenty years, it wouldn’t be too far-fetched to assume that something like Pokémon would have petered out long ago. It’s still going strong even after such a long time has passed. However, along with two decades worth of games comes a desire to innovate and to avoid the underlying possibility of stagnation and repetition. Now, with Pokémon Sun and Pokémon Moon on the horizon and the promise of a fresh take on its tried-and-true formula, the seventh generation surpasses all expectations and delivers not only one of the finest entries in the franchise to date, but one of the best role playing games of the year.

Your new adventure begins in a fashion that any veteran of the series is sure to recognize. You’ve moved to the Alola region from Kanto, the setting of Pokémon Red and Blue, and are just getting situated into your new home on the island of Melemele with your mother. There to help you start your journey is Professor Kukui, a passionate and easy-going man who specializes in researching Pokémon moves. As Kukui begins taking you on a tour of your new home, you get a feel of just how refreshing the Alola region is and what challenges lie ahead.

Children who’ve just turned 11 are eligible to take part in Alola’s oldest tradition: the island challenge. The Alola region is home to four natural islands, and each one has a certain number of trials. These are constructed and overseen by a Trial Captain, who specializes in a specific type of Pokemon. Once you’ve passed every trial, you’re tasked with facing the island’s Kahuna in battle in order to move on to the next island. Though this may sound similar to the Gym structure of previous entries, the trials you undergo are not Pokémon battles with Trial Captains, but tasks and challenges that pit you against the wildlife of Alola. These are only a small handful of the many nuances that Sun and Moon use to make this journey in the world of Pokémon feel new and exciting. 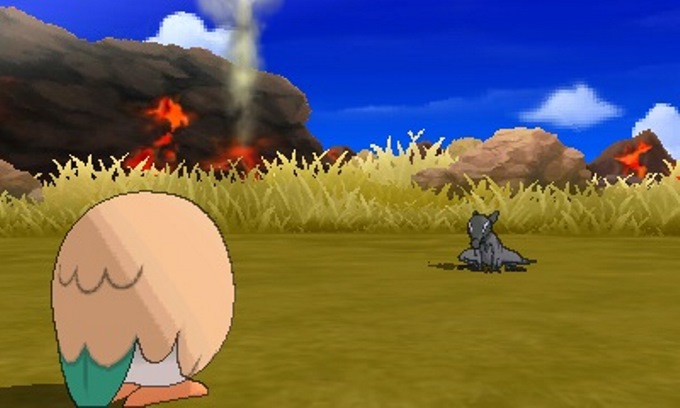 It’s evident from the very start of the game that Pokémon Sun and Pokémon Moon have a clear emphasis on its story and overall narrative, and it’s handled with flying colors. The Pokémon games have always had stories to tell and messages to convey, whether they be clear and up-front or subtle and hidden away in corners of libraries or research labs. Though the plot is not something the series is known for or even generally praised, Sun and Moon succeeds in changing that – delivering an incredibly well-written, dynamic, and surprisingly mature adventure unlike anything the series has seen up to this point. The narrative is extremely well-paced and feels natural in how it flows, from story-beat to down-time where the player is free to do things and explore at their own pace. The game is sprinkled with beautifully animated cut-scenes and set pieces that really convey the grandeur of the story and nearly every character is well-written and believable, each having their own unique personalities and motivations. No character ends up feeling one-dimensional or having goals that feel lazy or uninspired, something that characters from previous entries have fallen victim to. Some characters even go through full arcs, ending with deep and heartfelt moments that you wouldn’t expect would leave such a lasting impact.

Of course, the story isn’t all serious. Plenty of characters like Hau, the grandson of the Kahuna of Melemele, and Professor Kukui provide fun and heartwarming moments that balance out some of the more serious plot points and characters. I was incredibly surprised at some of the directions and themes the story tackled throughout. Expertly dealing with very real and very serious issues like conservation efforts and the relationship between nature and mankind to name just a few of the many themes and messages, all while maintaining a cheerful and lighthearted undertone. It was discovering moments like these that made the narrative of Sun and Moon something truly special and worthy of immense praise.

The epic scale of the story and world of Sun and Moon are largely enhanced by the stunning visuals. Story cut-scenes are gorgeously animated and the art style of the games really comes to life in the Alola region. Environments are detailed and character models are smooth in both look and animation. Camera angles shift dynamically while exploring routes and cities, giving glimpses of far off cliffs overlooking oceans or looming buildings in the distance. 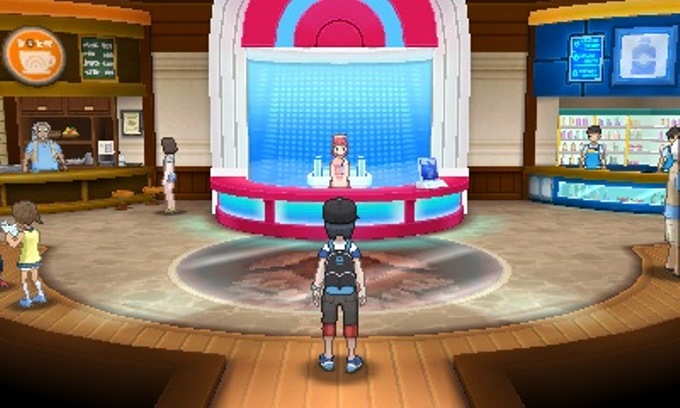 Unfortunately, there are some areas of the games that push the 3DS hardware to its limit, specifically when entering double battles and totem battles. Whenever there are three or more Pokémon in battle, the game’s frame rate takes a hit, depending on the move or model of the Pokémon. This more often than not takes the wind out of the sails of some grand encounters and slows the pace of certain battles heavily. While it doesn’t horribly detract from the overall experience, it is certainly disappointing whenever it comes up. Luckily, the frame rate is consistent and smooth while exploring routes and cities, and very rarely stutters outside of certain battles. The New 3DS has improvements to loading times, but only very slight improvements to these frame rate issues in battle.

The Alola region also plays a huge part in why Sun and Moon feels so refreshing. Exploring the Alola region is one of the most enjoyable aspects of Sun and Moon, and players will find plenty of surprises in store for them throughout their journey. From the moment you begin exploring, it’s evident that this new region is teeming with life. Pokémon cries can be heard as you explore the world, and NPCs have idle animations that make towns and cities feel truly alive.

It’s also important to mention that while Alola is a series of tropical islands, each one feels varied and different while still feeling believable. The culture of Alola, which is based off of the state of Hawaii, feels real and fleshed out as well. Characters often explain why certain things are the way they are, like the tradition of the island challenge and regional variant Pokémon, solidifying the world around you even more.

The music also does a great job of enhancing the atmosphere of the Alola region as well. The soundtrack for Sun and Moon is excellent. Many tracks have Hawaiian influences, while others incorporate a plethora of instrument families. There are plenty of standout pieces to be found across the entire game, with Team’s Skull’s theme being one of my personal favorites. There’s also more world-building present in Sun and Moon than any previous entry. Callbacks to specific cities, buildings, and items from past regions are scattered throughout, and long-time fans will find plenty of references to previous entries. What solidifies this as a positive aspect is the fact that all of these references are done without being shoved into the player’s face. They feel natural and make the Pokémon universe feel more interconnected than ever before.