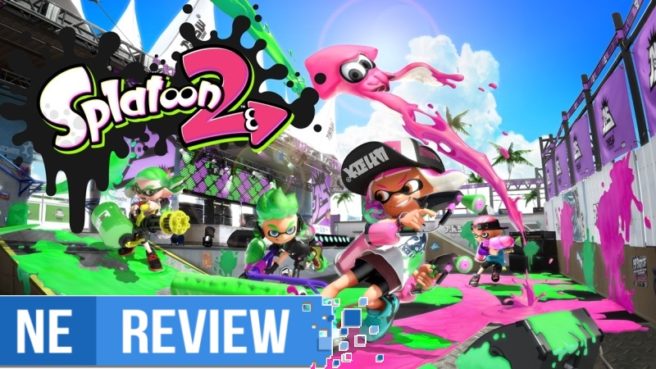 One of the best things about the original Splatoon when it first rolled onto store shelves a few years back was how it was never afraid to be itself. When creating a new IP, Nintendo didn’t choose to play it safe and instead provided completely new gameplay we had never seen before and a booming world to dive into like no other. It’s no wonder fans took an immediate liking to the concept, and throughout its near two years of support, players kept coming back. It makes perfect sense that Nintendo rolled out a sequel just in time for the Switch’s first year to put a “fresh” IP in the spotlight once again, but does this sequel provide enough to justify the 2, or does it provide “2” little?

With Splatoon 2, Nintendo added a few new weapon types that exist alongside previous ones from the first game, a new multiplayer mode and revisions to other modes available before, a new single-player campaign, tons of new clothes, and a few smaller elements. It’s important to keep in mind that in comparison, Splatoon 2 comes with a multitude of additional content from the get-go when compared to its predecessor, though this is an arguable plus.

While most of the game is focused heavily on the battles you have online, Splatoon 2 does feature a fully-developed single-player campaign that offers a good amount to see and do. In Hero Mode, there are five worlds, each offering five levels to go through followed by a boss battle. The missions themselves aren’t too different than what appeared in the first Splatoon, though this time around Nintendo really nailed balancing a perfect variety in what you’re experiencing. Each mission is equally as creative as the last one you play, and all help you to master the combat basics and learn new tricks that will play right into you mastering the online and ranked matches. It’s also worth mentioning that the boss battles at the end of each world are all incredibly inventive and fun, creating legitimately tough battles as you apply all you’ve learned the last few levels to execute hits and defeat them. 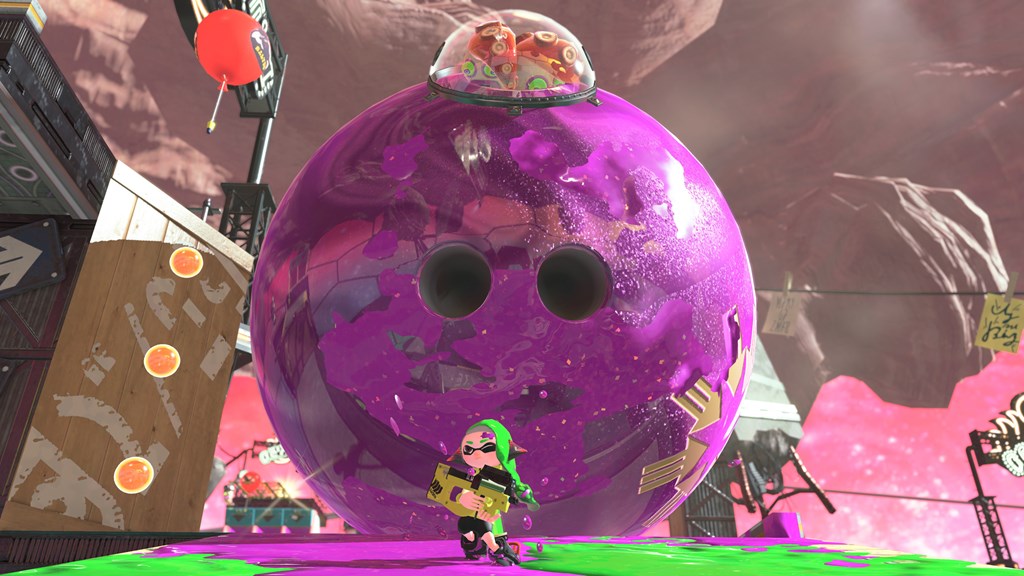 The main goal of the plot is to find the missing Squid Sister Callie, who you are initially told just disappeared, but throughout playing the main story and grabbing collectible pieces of lore found in each level, the mystery starts to unfold and it becomes more clear what’s going on. I won’t go into too much detail, but just don’t walk in expecting a gripping tale. The story does just as much as it’s expected to do, providing nice insight into fan favorite characters and making you laugh the whole way through. Listening to the banter between weapons dealer Sheldon and Marie – Callie’s cousin, the other half of the Squid Sisters, who acts are as a guide this time around – are hilarious, and it has become clear that the developers found a really nice sweet spot for the humor Splatoon is known for.

Splatoon 2’s main offering is its various multiplayer modes. The first Splatoon is famous for its addictive online matches, and have no fear as the spark hasn’t gone away just yet. Get ready to dive into more and more hours of online matches. As soon as I played my first match, everything just clicked again. While the story mode is great and offers tons of fun, there’s nothing quite like pairing up with absolute strangers and working together to take out the other team and cover as much as the turf as possible. 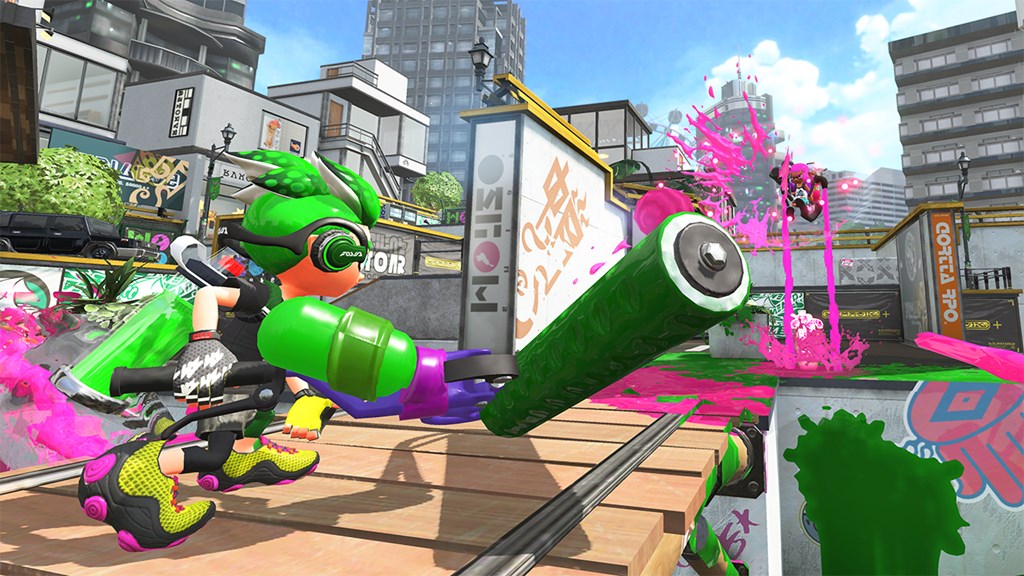 The most approachable mode available when playing online is Turf War, where you join three other team members and try to cover as much of the arena as you can. Gameplay here is where the most infectious fun comes, and where Splatoon’s formula works the best. Every match I played was as crazy fun as it was eccentrically colored, and despite being my second time around I still found myself coming back time after time. Personally, I feel this is the online mode at its finest.

The other two modes available to play alongside Turf War are the Ranked and League Modes, both of which put a more competitive twist onto the preconceived style of matches that came before. In Ranked, you play modes such as Capture the Flag and King of the Hill, and as you go through matches you move up in rankings. You’re usually supposed to be paired up with those close to you in rank, so as you move up the ladder, the matches will grow more and more intense. There were times where I was placed in a battle with those significantly higher in the system than myself, though this was likely due to the game not being available to the public yet and will be addressed as the community grows. In League, you play the same matches as Ranked, only this time you can create your own groups and teams and can play through matches together, making battles even more team oriented than ever.