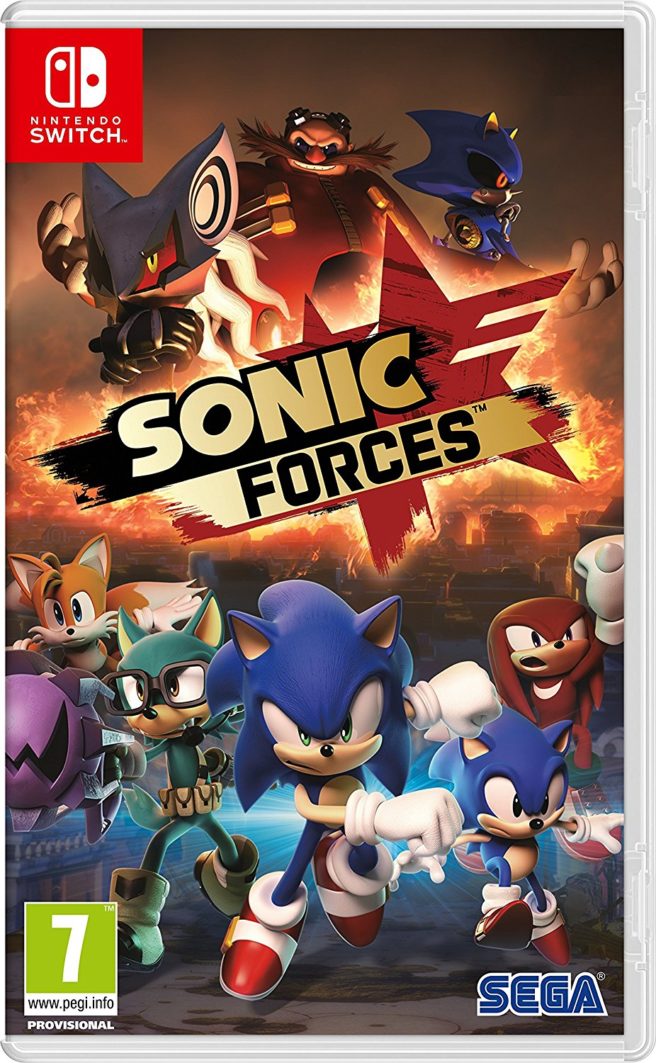 As for what’s included, you’ll receive costume DLC for the custom avatar. Jet Set Radio, NiGHTS into Dreams, Super Monkey Ball, and Puyo Puyo Tetris will be represented. Two other franchises will be featured as well. Four postcards with concept art from the game are also included.

At this point, it’s probably safe to say that the Sonic Forces Day One Edition is happening. We just don’t know if SEGA will be offering it on Switch. If not, that would be a bit odd, as even Sonic Lost World on Wii U had a Deadly Six Edition at launch.

Finally, retailers are beginning to show what appears to be the final boxart for Sonic Forces. We’ve attached it above.