Square Enix trying to get the main Final Fantasy XV on Switch, talking with Nintendo and Epic 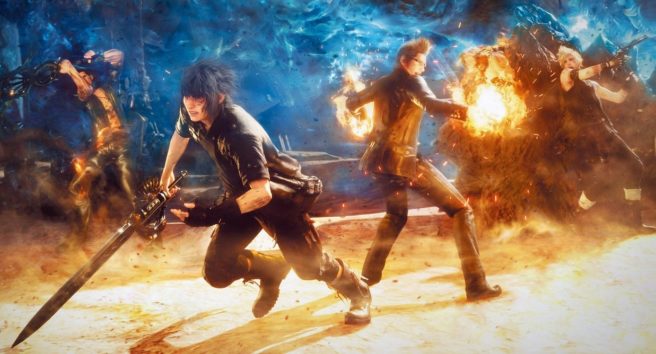 Ever since Gamescom, we’ve heard about Final Fantasy XV potentially coming to Switch in some fashion. Director Hajime Tabata has now commented on the situation once again in an interview with Eurogamer.

Some have thought that Square Enix would look to bring the recently-announced Pocket Edition of Final Fantasy XV to Switch. However, the company has been instead trying to determine if the original game can be put on Nintendo’s console.

“We’re actually doing very specific technical investigations into what’s possible at the moment. Where we are at the moment – we’ve completed those tests and have worked out where the ground lies. We’re currently in the middle of the discussion and debate about what we should be doing, and how to realise that on the Switch.”

Tabata reiterated what he’s said before about Final Fantasy XV’s engine not being the best fit on Switch. However, Square Enix is talking with Nintendo and even companies like Epic about the best approach in bringing the game to Switch, and what could be done.

“The other thing – you see the mobile version, the PC version, one thing we value is to optimise the way the game plays and the experience for the individual hardware it’s on rather than a one-size fits all approach. We can’t currently announce anything – we haven’t come to a full decision on the best way to do it yet. We’re having very open, frank discussions with Nintendo at the moment about what they think is the best thing to do. It’s all under investigation.”

“Honestly, when we did the technical test to see if we could use the same native engine we used on other console versions on the Switch, we tried to run it there, the results weren’t satisfactory. It wasn’t what you’d want from a final game. It doesn’t mean that’s the end of that – we’re looking at the options, like the customisation of the engine. To give you an example how open those discussions are – we’re talking to Epic at the moment, about maybe what we could possibly do there, and if we did a Switch version maybe we’d be able to partner and do something there. Their Unreal environment is just amazing, and will be very useful. You have to have all those options on the table – without that it’d be impossible to make a decision about what we can do on that platform.”