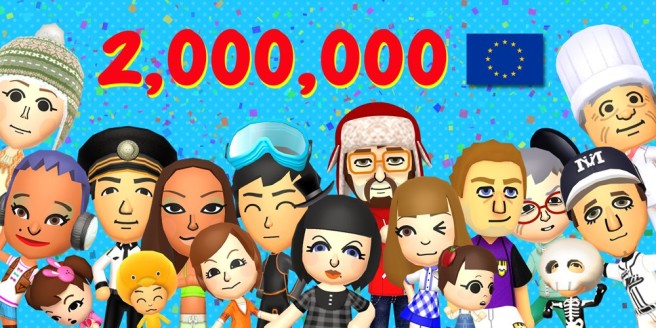 Nintendo just sent out a tweet to announce that Tomodachi Life has sold an impressive 2 million times in Europe ever since it launched in June 2014. This is quite an impressive number for a game that isn’t attached to a popular franchise, and it’s not a huge surprise that Nintendo’s first upcoming mobile game, Miitomo, seems to be heavily inspired by Tomodachi Life.