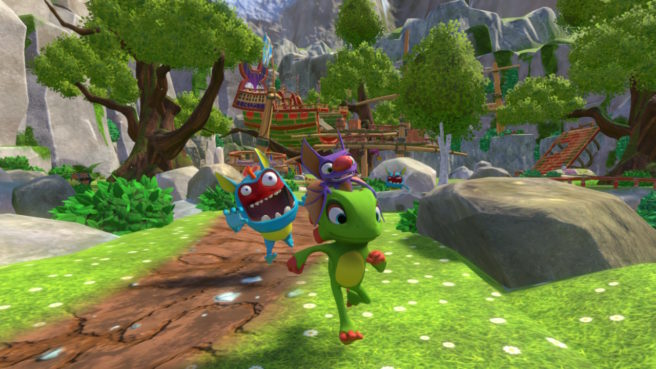 Original (12/6): Yooka-Laylee can now be pre-loaded on the European Switch eShop. In doing so, players can get ready for launch by purchasing the game ahead of time and downloading most of the required data.

You should be able to pre-load Yooka-Laylee in North America tomorrow as well. We expect it’ll be up around 12 PM ET / 9 AM PT, when the eShop normally updates.