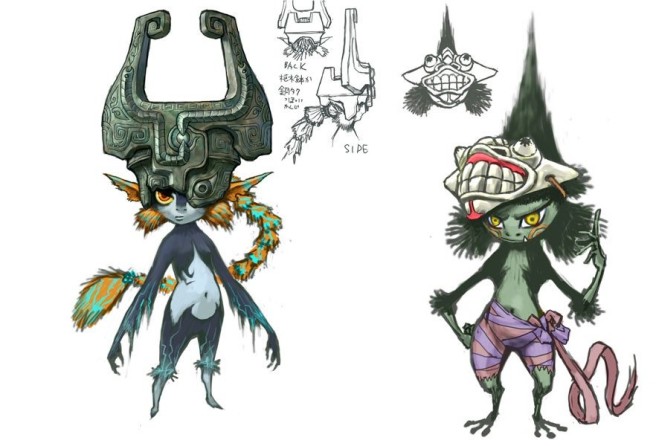 Yet another new tweet has been posted on the Japanese Zelda Twitter account. Today’s message is a little more interesting, as it contains concept art of Midna.

“…It’s Malo. This is Midna, the gal who is profusely well-informed about the Twilight Realm. Seems like there were various kinds of designs until her appearance became like this. Speaking of which, her name seems to come from midnight… “shadow” = “night” is simple, isn’t it.”