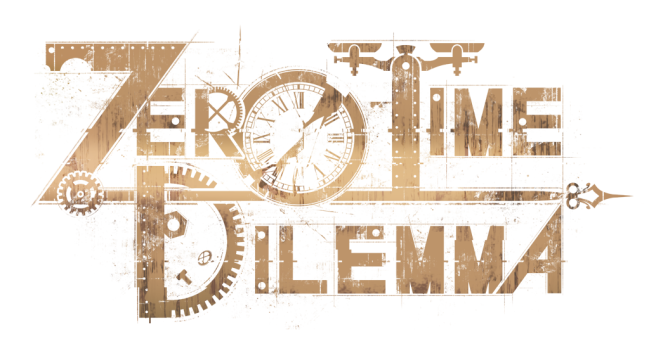 A bunch of Zero Time Dilemma details have leaked out of Famitsu. We have information about the story, characters, and more.

First, a recap of the staff:

Note: rest of the post is after the break due to potential spoilers.

Zero Time Dilemma takes place in December 2028, almost a full year after Nine Hours, Nine Persons, Nine Doors, and in the middle of Virtue’s Last Reward. On December 31, 2028, it has been nine days after (the main characters?) started living together at the Dcom experimental facility located in the Nevada desert. There seems to be more, but the leaker cuts it right here.

In terms of characters, there are three teams. The leader of the team will become the main character.

Here’s a rundown of each team:

– Carlos (VA Tomokazu Sugita): Hot-blooded man who also has strong sense of justice, cares very much about his sister who has an incurable disease
– Junpei (VA Suzuki Tatsuhisa): After the case in the first game, he went to a detective agency to search for Akane who has gone missing; right now he’s a runaway
– Akane (VA Miyuki Sawashiro): This woman may look neat and tidy, but in actuality she’s a Machiavellianism (very cunning and wily)

Note: the leaker noted that two people are returning from the first game.

– Diana (VA Noto Mamiko): A pacifist who doesn’t like conflicts, normally she works as a nurse
– Sigma (VA Ono Daisuke): He is 22 years-old, but he has gone through a complicated and mysterious life; was sometimes called gramps by Phi
– Phi (VA Omigawa Chiaki): A blunt girl; became involved in this because she joined Dcom’s experiment as she wanted to save the world

Note: the leaker noted that two people are also returning from the second game. Also Diana has the same pendant as Luna.

– Q (VA Toyosaki Aki): A young boy who lost his memory and wears an odd spherical helmet
– Eric (VA Ishida Akira): A young man who works at an ice cream shop, currently in a relationship with Mila
– Mila (VA Sakamoto Maaya): A sexy girl who is Eric’s girlfrien

– Zero (VA unknown): A mysterious person who wears a pitch-black mask and clothes, ringleader of the death game but their intentions are unknown
– Gab: An old male dog, it can move to other districts using ventilation doors humans cannot get inside

More details from the interview with director Kotaro Uchikoshi:

– At first they planned to make the second and third games at the same time after the first game released. However, after the announcement of going multiplatform for 3DS and PlayStation Vita, they changed the plan to only make the second game first, and wait to see what the reaction was like before making the third entry.
– Overseas, the first two games received high ratings, and there were also many requests for another sequel, which is why they decided to make the third game.
– They’re confident this game’s overall quality will be higher than its prequels. The three main characters are all new who don’t know anything, but they will know what happened in the past games through conversations.
– This game will be much more serious. For joke factors they crammed in punch-lines made in parallel.
– Rui Tomono’s character designs, including the returning characters, answer to the dev team’s request well while also showing originality at the same time.
– Event scenes will look more like watching a drama
– There are no descriptive/narratives, but there will be tricks instead (note: a bit ambiguous indeed, might mean its more like the game won’t spoon-feed players all the details and they’ll have to figure it out by themselves through tricks)

And some final tidbits:

– The reason why they decided on multiple protagonists is to make a storyline about teams killing each other and telling them from multiple points-of-view.
– Also, at first the team planned to make Sigma as the only main character.
– If players pick the route where Sigma becomes what he looked like in the second game (Virtue’s Last Reward), the story will become extreme.
– 80% complete