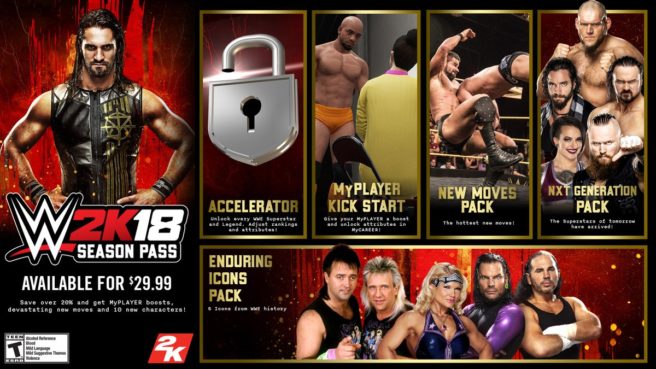 2K announced the full slate of DLC in the pipeline for WWE 2K18. Everything will be extended to Switch players, including a season pass.

A season pass for WWE 2K18 will also be sold, allowing players to purchase select DLC at a reduced price. It will cost $29.99, a savings of more than 20 percent versus individual content purchases. You’ll gain access to the following items as they become available: