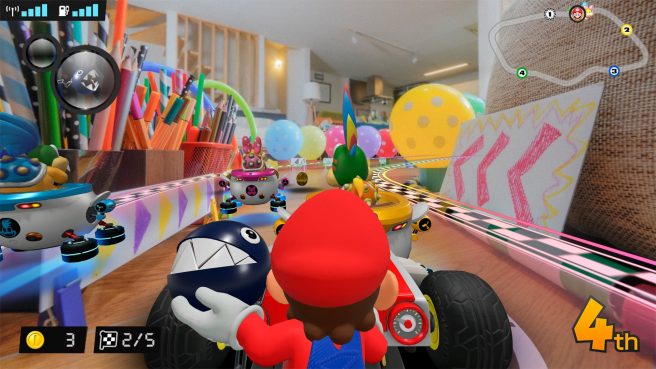 Mario Kart Live: Home Circuit won’t be out until next week, but we have a new look at the game in action. That comes courtesy of the game’s fully-opened Japanese website, which shows off all 24 Grand Prix tracks.

In Grand Prix, players will go up against the Koopalings in eight Grand Prix cup. With three tracks each, there are 24 races in total.

The following cups are included:

And here’s the video showcasing every track:

Mario Kart Live: Home Circuit launches for Switch on October 16. We have a bunch of additional details about the game here.