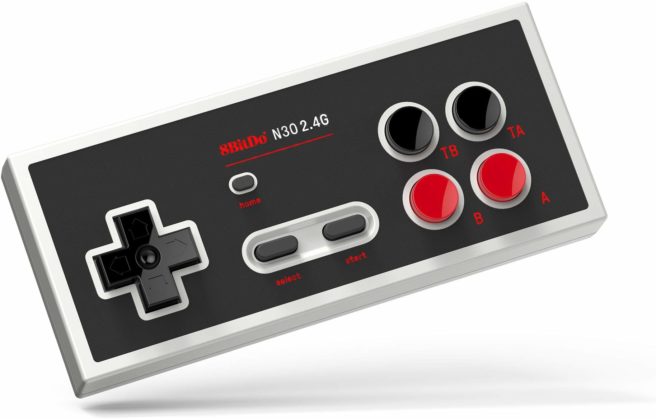 8Bitdo has revealed a new version of its NES classic controller compatible with the NES Classic Edition. Improvements include a dedicated home button as well as four face buttons instead of two. These buttons are labeled as “turbo buttons”.