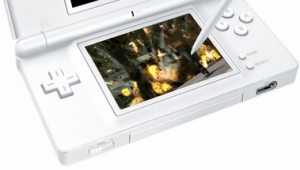 Once again, this is news from the interview with Dan Houser, cofounder of Rockstar Games..

NP: What do you feel are some GTA features that, because of the technical limitations, won’t make it into the game?

DH: Well, really, the perspective. To go to the isometric view rather than make it fully 3-D. There was never any belief that we’d do anything different than that because we’re always about high performance and the number of cars. I think that’s the only major difference between this and the console version of the game in terms of what the game is. It’s a city with a criminal adventure stuck in, and a bunch of things to do. Because we’re making this game from the ground up for the DS, we were never really looking at it in terms of limitations. It’s more in terms of strengths, and what works well on the hardware and what doesn’t work well on the hardware. Obviously minigames work ’cause you can bounce between two screens so well. We weren’t trying to compress something down this time–it’s more building up for the hardware.

There are some other details I’ve written down from the interview, but I’m pretty sure these are the last important notes from the GTA coverage.

– Wanted to capture the feeling of the GTA games but wanted to provide the game with some evolution too
– Leeds was very keen about making a DS game, took awhile to figure out the format that the game would take
– In some ways it was more difficult to figure out how to make a GTA on the DS rather than on PSP
– Might be the reason why PSP games have come about earlier
– Important to the devs that the game feels like a city, feeling of GTA in general
– Nintendo has really been supporting the game
– GBA version of GTA wasn’t really looked at when making Chinatown Wars
– This is a game built ground up for the hardware
– Once again, simply couldn’t do full 3-D for the game.
– Same developers also created Max Payne for GBA
– GTA IV didn’t touch on Chinatown too much, but developer’s weren’t really conscious of that – it’s not really a sequel