[Review] When the Past was Around

Posted on December 21, 2020 by Dennis(@LyonHart_) in Reviews, Switch eShop 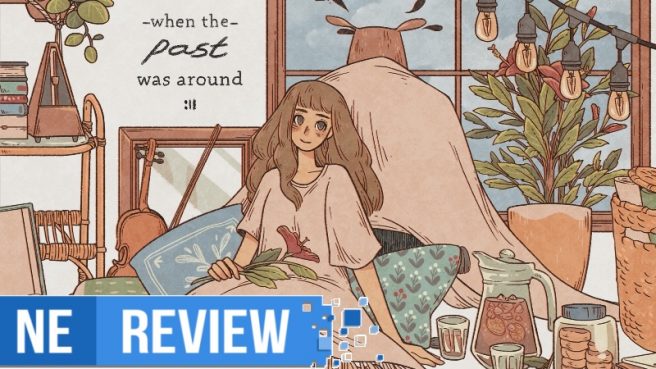 It needs to be said right away that When the Past was Around is one of the most beautiful and evocative experiences I’ve had in quite some time. It’s games like these that I usually love to close a year off with, just as I did previously with Gris. These types of titles these go beyond a narrative being told and go straight for the heart, and, much like Gris, convey a lot by saying very little. When the Past was Around is a game that lets the art and your actions do the talking as your 20-something character goes through love, loss, and heartbreak, as well as the trials and tribulations of life and how we face them. It has a little something we can all connect to, and finding and utilizing these puzzles to face our issues – much like how we solve problems in our own lives – become complex only when they need to or if we don’t look deeper. When the Past was Around almost feels like an interactive metaphor, but does so in a gorgeous way that accentuates its stunning art style, relaxing yet thought-provoking gameplay, and café-like vibes that make it feel like a real joy to play from beginning to end despite its heavy themes.

When the Past was Around doesn’t necessarily do anything different from a point-and-click and hidden-object hybrid sort of game, but how it conveys its message and handles these interactions make it stand out from a typical title within the genre. Its approach to uncovering items is rather tame, allowing you to click around and view a scene or “room” from side to side as you progress through the four chapters (including a Chapter 0 Prologue) with no repercussions, limits, or “end” to your gameplay from missed clicks or incorrect puzzle-solving. And with no time limits, progression doesn’t put you under any stress, with any tense moments just coming from figuring out certain codes to safes and doors and the sort, though none of the puzzles are ever too strenuous to the point where you’ll get stuck or frustrated. 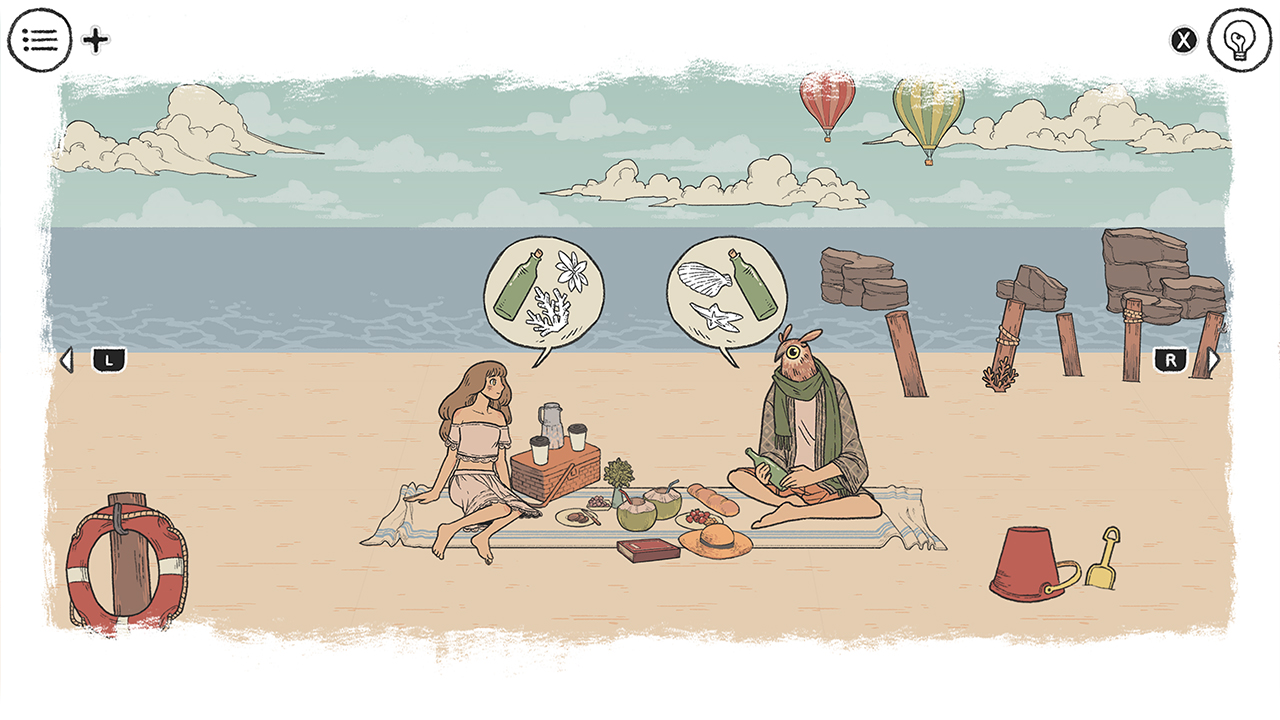 Puzzles are cleverly embedded into each respective environment from each chapter that sometimes cross over as you’ll be going through separate rooms within that utilize symbolism in both its puzzles and narrative. These tell a beautiful story of heartbreak, loss, and moving on through its subtle yet effective hand drawn animations. Each area you go into tells a point in time as you experience the protagonist’s past, experiencing happy and poignant moments from a love that blossoms and then withers due to life’s more unfortunate events that have struck as all directly and indirectly. Each place is beautifully crafted, and while there aren’t any standout or obvious areas or items that make it easy enough for the player to go “oh there’s definitely something there”, one can gather enough through curiosity and logic that the player should be able to easily uncover any necessary items needed to proceed. Even things that don’t have any gameplay or inventory purpose still have animations as you scroll your cursor over an asset or tap on them with the touch screen of the Switch in handheld mode, shaking with each click or tap with a corresponding sound.

The gameplay is simplistic, but it never overstays its 1-2 hours of playtime as you go around uncovering each part of the protagonist’s life with her loved one in the representation of an owl playing a violin. Music, animals, and coziness are seen and felt throughout, further complemented throughout its lively and warm colors with a slight sepia aesthetic that makes When the Past was Around memorable throughout. Its striking, it’s evocative, it’s emotive, and it seeps into your soul that if you decide to play and beat it in one sitting, the ending becomes a lot more palpable and emotional because of it. The imagery and tones both musically and visually lay in matrimony, and a somber yet needed reminder of how beautiful yet fragile life can be. 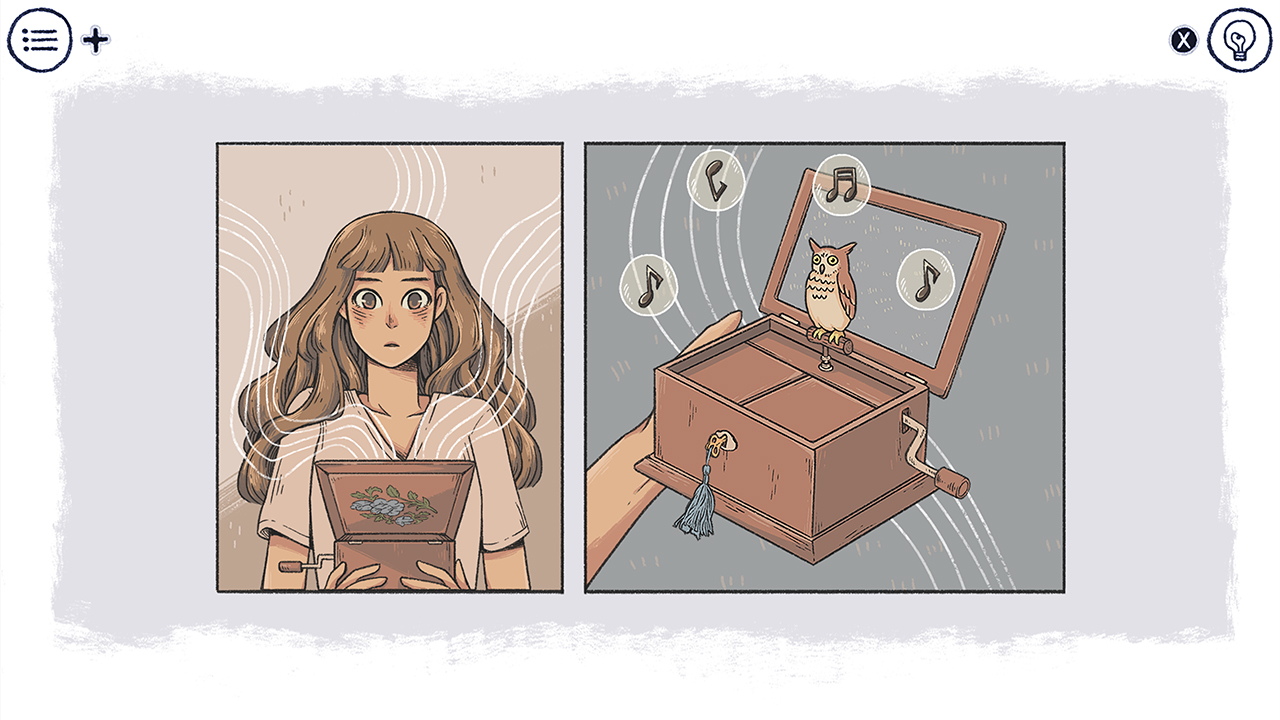 Hints are a little odd, however, as if it’s ever needed a simple button press can unveil things in any scenario. They serve more as points of interest, as hints show locations of everything that’s able to be interacted with – even if you’ve already interacted with them – rather than giving clues or directions of where to go next. With the nature of how When the Past was Around carries itself, though, it’s not a function you’d use much of anyways. For the few times I did need a hint, it felt more irksome than useful.

When the Past was Around is a short but oh so sweet title that tells the story it needs to tell in a beautiful fashion, and I absolutely adored that each chapter felt concise and conveyed what it wanted to in an organized matter, making for an accessible experience that never aims to overwhelm or frustrate, but instead asks to reflect and adapt. From its music to serene gameplay, linear and thought-provoking message, and stunning art direction, When the Past was Around is a unique experience that I will remember for a long time. While some may not agree with an $8 cost of entry for something so short, this is one of those games where you can’t really put a price tag on a genuine experience where you walk away with something. Switch has had some standout indie titles in 2020, and topping it off with When the Past was Around is a great way to end a year that’s been met with spontaneous misfortune and a drastic change in lifestyles for all of us.

When the Past was Around is without a doubt one of the most beautiful and relaxing point-and-click titles I’ve played in quite some time. It has a subtle yet striking narrative and a stunning art direction that makes the entire experience feel inviting and immensely fun without sacrificing any sort of comfort by making puzzles more convoluted than they need to be. For those that love point-and-click and hidden object games, When the Past was Around feels like an interactive café where you can just sit back and enjoy a cup of coffee and a nice book but in the form of a video game. Playing on Switch also allows for both controller and touch screen inputs, both of which are responsive and make all playstyles suitable whether on a regular Switch or Switch Lite, docked or handheld. When the Past was Around is a well-rounded effort that consistently feels wholesome and exudes with beauty, making it, to me, one of hidden indie gems of 2020.

More: Chorus Worldwide Games, highlight, Mojiken Studio, Toge Productions, top, When the Past Was Around