Posted on September 17, 2015 by Brian(@NE_Brian) in General Nintendo, News 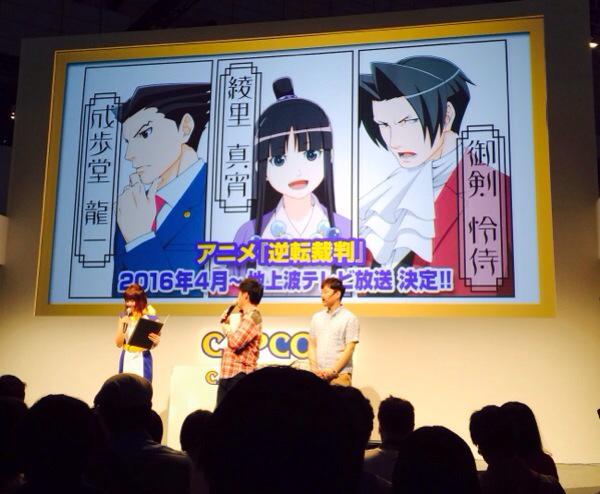 An anime based on Capcom’s Ace Attorney series was just announced at the Tokyo Game Show. Along with the news, it was confirmed that the show will kick off in Japan in April 2016. More details will be provided in the months ahead.