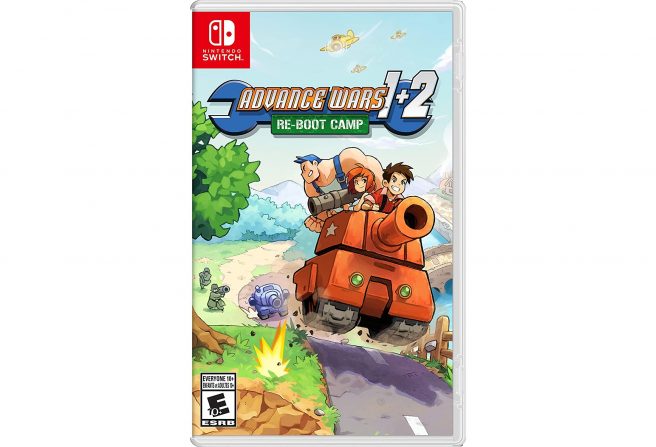 Retailers have started to update their listings for Advance Wars 1+2: Re-Boot Camp, and pre-orders are open.

Thanks to Amazon Canada, we now have the official boxart. You can see the packaging image above.

Those looking for Advance Wars 1+2: Re-Boot Camp pre-orders in the US have a few options to choose from. It’s currently up on Amazon, Best Buy, GameStop.

Advance Wars 1+2: Re-Boot Camp was missing in last week’s Nintendo Direct, but it’s just a couple of months away. The two games, which are being led by WayForward, are redone versions of the original turn-based tactical titles on Game Boy Advance. Both campaigns are included.

When you aren’t busy keeping the peace in one of the two campaign stories, flex your army-commanding chops in Versus Mode*. Up to four players can battle on dozens of maps. Each player chooses a CO from either campaign and can strategically use their CO Powers to turn the tides of battle. Customize your combat with options like funds per allied base and fog of war.