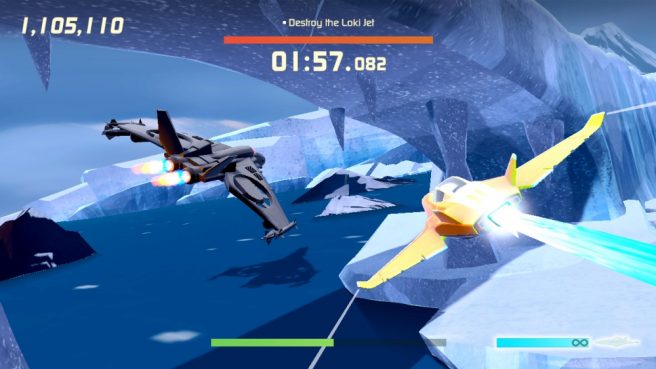 Earlier this week, Agent Intercept joined the Switch eShop, and we now have gameplay. We’ve got a total of 24 minutes of footage.

For more on Agent Intercept, read the following overview:

Take control of the Sceptre, the Agency’s latest high-tech transforming vehicle, and face off against the criminal organization CLAW in this explosive arcade driving game.

Dodge enemy fire, mines and lasers as you perform over-the-top stunts and use the Sceptre’s high-tech gadgetry to blow up your enemies. Feel like a superspy as you transform the Sceptre from car to plane and more, immersed in exotic locations and an original high-energy soundtrack! With a new threat around every corner, it’ll take all you’ve got to defeat CLAW.

An Agent’s work is never done. Agent Intercept offers extended playability beyond its rich campaign. Tackle side missions, unlock experiments and prove your worth as a superspy on our global leaderboards!

• Take on self-contained Side Missions to discover unique game mechanics and save the world for another day.

• Score-chasing elites can attempt to top the global leaderboard in Highscore Chase.

• Push the Sceptre to its limits in Time Trial.

• The Agency is only as good as its intel. Complete objectives and be rewarded with Data Cards containing new art and lore on the world of Agent Intercept.

• Unlock secret Experiments to change the way you play, including unique customization options and the experimental Hoversceptre!

• Fully-voiced story in English featuring a diverse cast of characters.

• Over 30 original songs inspired by beloved soundtracks of the spy genre.

We have the new Agent Intercept gameplay below.