Posted on April 6, 2021 by Ervin in General Nintendo, News 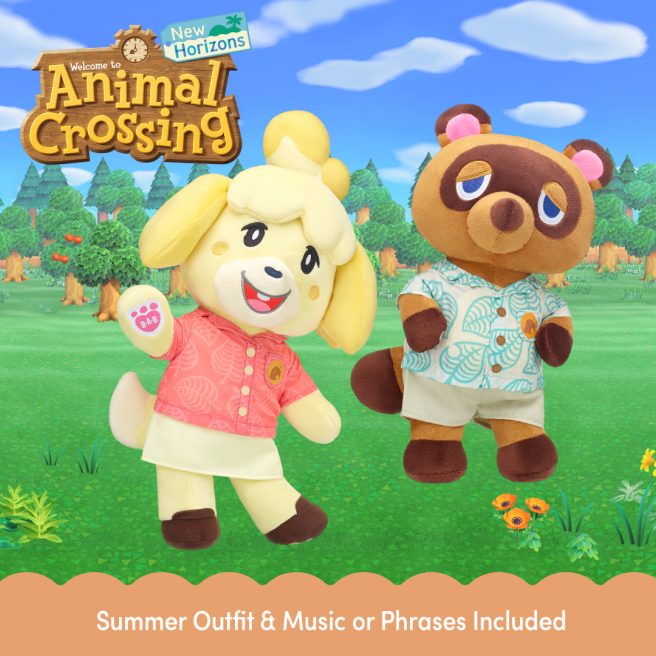 Build-A-Bear is teaming up with Nintendo to produce new plushies based on Animal Crossing: New Horizons. At least initially, fans will be able to get their hands on two products featuring Tom Nook and Isabelle. Both have options for either phrases or music.

Animal Crossing fans can expect the initial Build-A-Bear orders to ship this summer. Build-A-Bear is taking orders starting today, though due to high demand, visitors are being placed in a waiting room. They’re priced at $51 each.