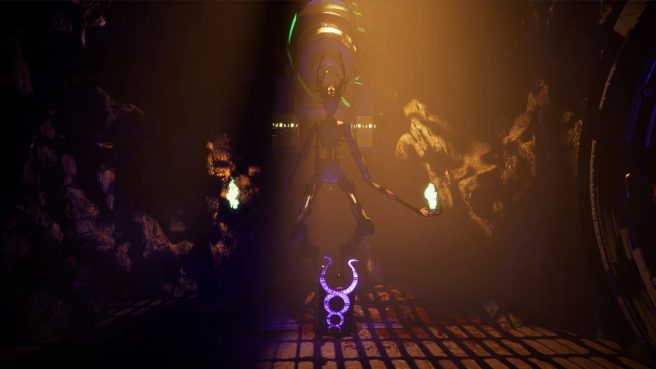 We now have gameplay from the Switch version of Apsulov: End of Gods, Digerati and Angry Demon Studio’s future Viking horror and sci-fi adventure title.

Apsulov: End of Gods is a future Viking horror and sci-fi adventure unlike any other.

The humans dug deep below the earth to find the mercy of the gods. What they found was never meant to reach the surface. Not on Midgard, nor any of Yggdrasil’s realms.

You wake in a facility built to research the worlds of Yggdrasil. Survive lurking dangers as you journey through a world of technology and mythological artifacts, where chaos rules over the human realm. It is in this chaos that you find your purpose and destiny.

Have a look at the Apsulov: End of Gods Switch gameplay below.

For more on the game, check out the official website here.