Arc of Alchemist coming west on Switch in early 2020 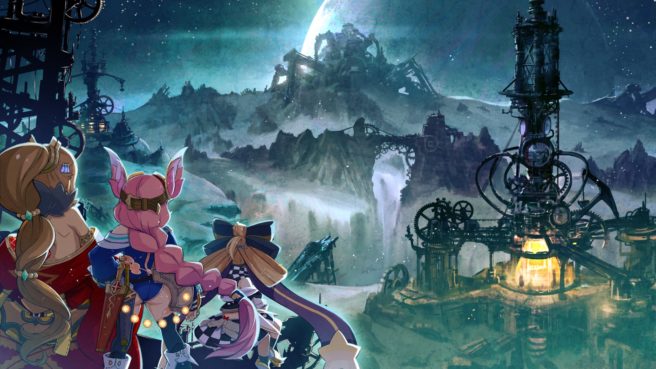 A few months ago, the RPG Arc of Alchemist was announced for Switch. Idea Factory has now confirmed that the game will be coming west, and is releasing in both North America and Europe.

Here’s an overview of Arc of Alchemist, along with a trailer:

Enter the desert in search of the key to save humanity – the Great Power. One year, the king declared that he
would send a large-scale investigation team to the Desert of Beginnings.

Chosen to captain this mission, Quinn Bravesford leads her soldiers into battle against a swath of enemy nations for the sake of her kingdom. Quinn gazes at the ancient alchemic device, the Lunagear, within her hand. According to the legends of yore, once the Lunagear is equipped with the four Orbs, it will unlock the Great Power that will save humanity. Only one Orb resides in Quinn’s Lunagear. Collecting the four Orbs for the Lunagear, however, is a mere legend.

Key Features
– Newly Polished and Ready for Battle – In the Western release, players can explore the Desert of Beginnings with updated system UIs and new base facilities for better character leveling. With this update, players can now choose from 7+ playable characters, each specializing in unique weapons, attacks, and abilities!
– Four Orbs to Rule Them All – Wielding the Lunagear allows players to combine two of the four elemental Orbs: Fire, Earth, Water, and Wind. Use the Lunagear to combine the elements and manipulate organic and mechanical environments to open new pathways and reach new heights, and even combine two Orbs to create special effects!
– Build a Strong Base and Conquer – The Base is an oasis for the party to relax and reconfigure themselves for the next fight. Strategize the next plan of attack by customizing troop formations and setting each character’s battle tactics. Swap Orbs in your Lunagear to find a combination best suited for your next adventure. Swap, upgrade, and alter each character’s equipment tailored to your playing style. Assign active and passive abilities, boost character stats, and build facilities that will help improve your party’s makeup!
– Amass Items and Exchange – Around every sand dune lies a multitude of treasures. Seek out items that can be used to equip and strengthen your party or exchange materials goods to alter a weapon’s appearance. Some weapons can only be forged with special materials, so be wary of what you sell!

Arc of Alchemist launches on Switch in the west in early 2020. It will be sold digitally via the eShop.