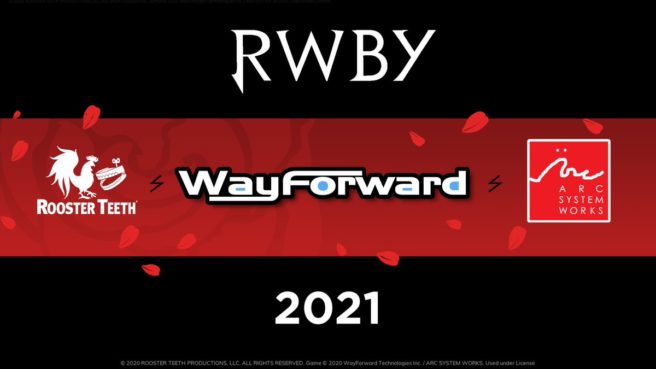 Arc System Works and WayForward last teamed up for River City Girls. The two sides are now coming together for another project, this time based on Rooster Teeth’s RWBY animated series.

Details haven’t been shared, but the upcoming game is confirmed for launch in 2021. It’ll be released on consoles, and given the support we’ve seen from Arc System Works and WayForward, it’d be shocking to see Switch left out.

The next big #RWBY game is on its way! Join Team RWBY in an all-new adventure, coming to consoles + PC in 2021 from @WayForward and @ArcSystemWorksU. pic.twitter.com/lt7u054MBs