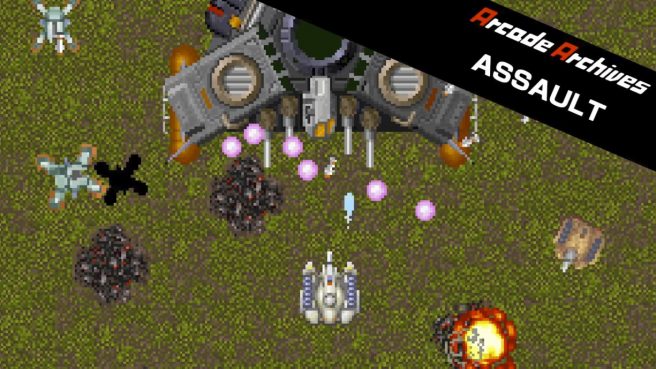 Hamster brought Arcade Archives Assault to Switch this week, and those that want a closer look can check out a ton of footage. The company showed off the classic title during a live stream this week.

Below is a bit of information about the game:

Assault is a shooter released by Namco (Bandai Namco Entertainment Inc.) in 1988. The first title of the System II game circuit board with new features such as “zoom in, zoom out, and rotate functions”. Take control of your tank and battle invaders to reclaim your homeland.

The Arcade Archives series has faithfully reproduced many classic Arcade masterpieces. Players can change various game settings such as game difficulty, and also reproduce the atmosphere of arcade display settings at that time. Players can also compete against each other from all over the world with their high scores. Please enjoy the masterpiece that built a generation for video games.

You can see the Arcade Archives Assault gameplay below starting at 40:18