ARMS producer on the challenge of post-release support, creating a strong female character in Twintelle 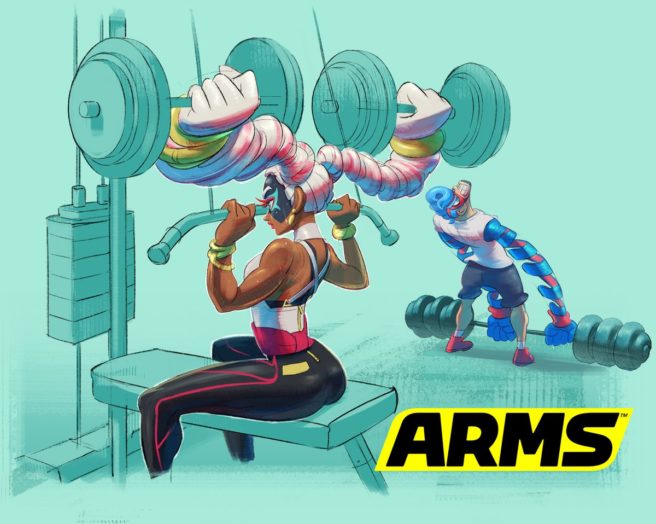 USgamer was among the select outlets that had an opportunity to speak with ARMS producer Kosuke Yabuki. The site published its full discussion online today.

Among the topics discussed, Yabuki talked about the challenge of post-release support. Here’s what he said on that front:

“You know, it’s hard for me to pick one and single it out because I think what we were going for by adding the Party Crash mode and adding different fighters or adding like collectible badges, the aim and attention of all those things is quite different. I think the big challenge really was looking at these updates, trying to update the game from multiple different directions, and just making it overall more and more fun. And if there’s people who had played Arms a bit and quit Arms, then maybe we could bring them back. Maybe we could attract new people [who] hadn’t been into it before at all and just kind of overall trying to make sure the game keeps leveling up. I think was the big thing for us.

I mean, if I could point out one thing that’s pretty tough for us, [it’s] the idea of releasing a game and then continuing to support it post-release. That’s, for my part I think, something we’re not super used to yet [and] it’s something that’s new for us. So one challenge I could point to was both for myself and my team, like us having to change our way of thinking about how we handle a game post-release. But once we started that process and we started getting all this feedback from users and started thinking about, ‘Okay, we could add all these different things to be fun.’ [Then] that whole process became very fun as well.

And I think that’s something that we’re really able to do because of where the games industry now is, where games are because we’re in this modern time that we’re able to keep updating the game and powering it up. And, of course, we can’t just only support the games we’ve already released, we have to also be working on new games and like figuring out that time management thing for me right now is a big question.”

Aside from post-release content, Yabuki elaborated on Twintelle’s creation:

“She’s one fighter, I think even [with the] others, that we feel really glad that we made her. Obviously being Japanese and working on games in Japan, when we’re trying to create characters for the game and thinking about like, ‘All right, well what will people around the world who are from different countries, different backgrounds, what kind of characters will they like?’ It’s something we worry about a lot, but obviously being Japanese and of really knowing Japan very well, it’s something that is kind of hard for us to [do].

If it’s like a question of making a ninja character or something, that’s something we feel really comfortable with, we know ninjas really well. I mean obviously Ninjara isn’t just like a standard ninja or anything, but in terms of taking this base idea and customizing [it] in different ways, that’s something we feel like we’re good at it, we feel very comfortable with. When working on a character like Twintelle, we had to talk a lot with a Nintendo of America and Nintendo of Europe and send them sketches and things like that, and get opinions from them. And since there’s the process of getting lots of opinions from lots of different people, in terms of the time it took us to solidify like Ninjara and the time it took us to create and solidify Twintelle, just in terms of the number of trials that [started as] ideas. It’s like a very different story.

But at the end of that, I’m very happy that we were able to create this very strong female character in Twintelle that people around the world really like, and so I feel really good about that. I think for at least in my opinion, for Nintendo, I feel like we created something pretty new for us with Twintelle and making that kind of fighter. And I felt just as someone who had a part in making that, I felt really good about the reaction to [her]. And seeing all the fanart that’s come in, it’s been really inspiring, given us a lot of energy. And just again, as a developer sitting here and hearing you say that you like Twintelle, that again makes me feel really happy. So thanks.”

USgamer has the full interview with Yabuki here.