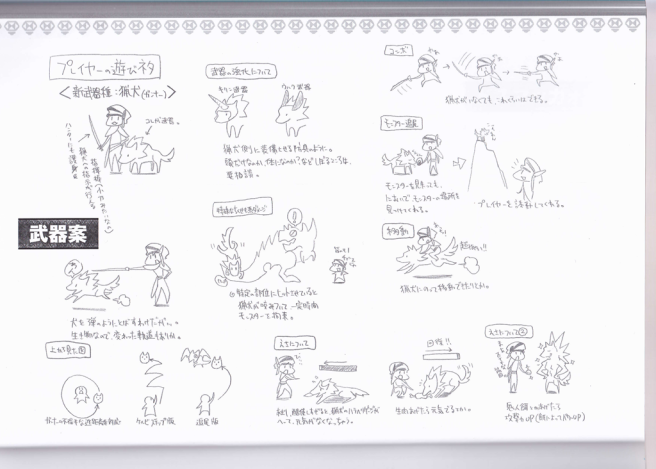 At Monster Hunter Festa this year, Capcom distributed the Monster Hunter Generations Concept Art Book. This has some interesting information about concepts for a pair of unused weapons. At one point, Capcom was considering the Hunting Hound and Wyvern Boomerang.

Here are some of the details about the two weapons as translated by Siliconera:

– Gunner class
– Dog is the primary weapon
– Dog could have armor made for it
– These would give it unique attacks and behavior
– Could find Monsters based on scent, or climbing to high places
– Issue button commands to coordinate attacks
– Ex: target body parts, like the tail, or focus on breaking horns, etc.
– Issuing a “follow the tail!” order would even have the pooch follow the Wyvern into the air
– Could ride it to move about the map faster, and it could be fed to recover health or stamina

– Combos were even designed for this weapon
– Overhead attack not unlike the Great Sword
– Diversity is in its throwing attacks and how the player interacts with it in midair
– Throw it forward with “X”
– Throw it upward with “X+A”
– Round-house throw with “A”
– Before catching the boomerang after a throw, you’d be able to punch it back out into the air towards a Monster
– It could even break into two for more advanced combos 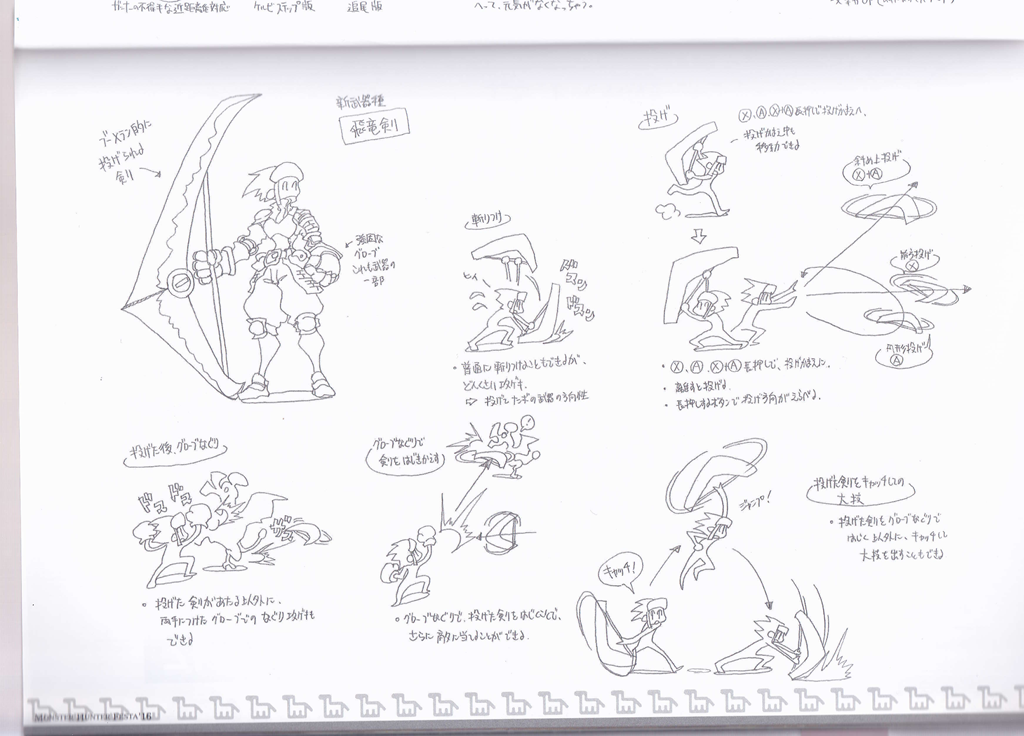