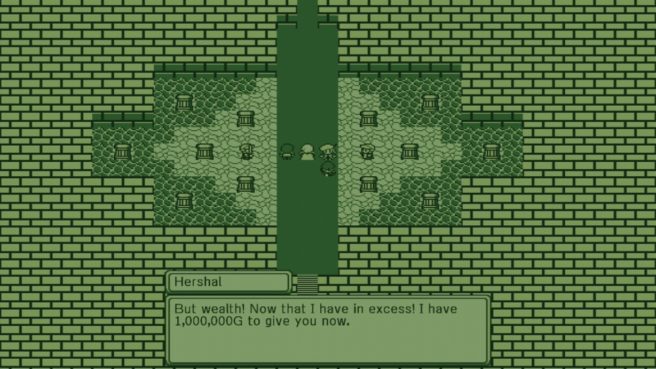 Bluffman and Playism released the JRPG-inspired Artifact Adventure Gaiden on Steam earlier in the year. That game is now confirmed for Switch as well. Bluffman confirmed the news during an official interview segment on BitSummit’s live stream today.

Artifact Adventure Gaiden features a “Game Boy-like design and 2D open world while making choices that freely shape the scenario itself as you progress through this JRPG.” We have further details and a trailer below.

Those tones, those colors…
Featuring a uniquely Game Boy-like design
and all-new adventures and tales.

A seasoned world adventurer who can travel anywhere with his extensive wisdom.
An old knight with the world’s greatest swordsmanship skills.
An aristocrat with the resources to buy anything in the world.

Custom-build your own team of powerful allies to join you as you freely traverse the vast and unique open world!

Your own choices lay the foundation for the future…
Three years later, upon your arrival in the world of the future,
will the choices you made bring you happiness? Or misfortune? Or something else altogether…?

Immerse yourself in the Game Boy-like design and 2D open world while making choices that freely shape the scenario itself as you progress through this JRPG.

The choices you make are all up to you. But don’t forget: the decisions you make just might end up providing you with invaluable help three years in the future, upon the arrival of an impending disaster…

Embark on an adventure in which you sew the threads of your own future.

All of the above have been carefully implemented to maximize replayability.

While the “Gaiden” part of the title insinuates a sequel or spinoff, Artifact Adventure Gaiden has been painstakingly crafted to ensure that both seasoned veterans of the original Artifact Adventure as well as first-time players alike can fully enjoy the game with absolutely no rookie hurdle”.