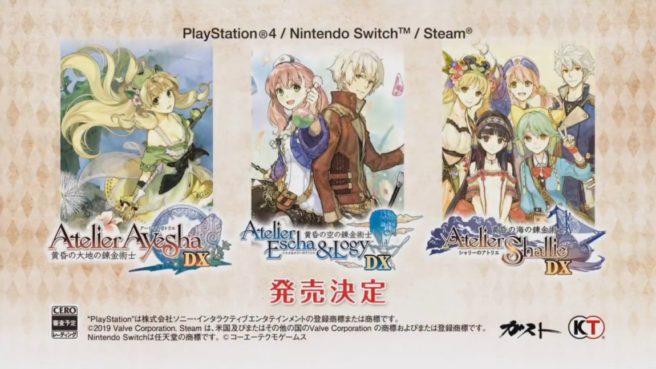 A release date was not announced, but pre-orders open in Japan on September 26. Each title will come with DLC from their original releases along with elements from their Plus versions.

Atelier Ayesha, Atelier Escha & Logy, and Atelier Shallie are a part of the series’ Dusk storyline. They originally debuted in Japan in 2012, 2013, and 2014 respectively, though they were later made available in the west as well.