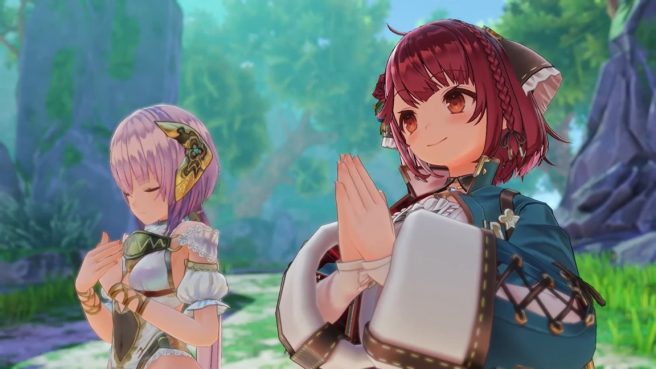 Koei Tecmo and Gust have issued the opening cinematic for Atelier Sophie 2: The Alchemist of the Mysterious Dream. The game begins with Sophie leaving her hometown of Kirchen Bell to discover a tree identical to one that Plachta had seen in a dream.

Last week, the game was officially announced for Switch at the Tokyo Game Show. It was first made known after it was leaked by a rating in Australia.

One of the stories experienced throughout the Alchemist Sophie’s many adventures, as she continued her travels after leaving her hometown of Kirchen Bell.

This is Sophie’s adventure as she searches for her friend Plachta in the dream world Erde Wiege, where they become separated, and shows the bonds she forms with the people she meets and passing of hearts.


In the 6 member party turn-based battles, the 3 members in the front and 3 in the back form 2 teams cooperating “multi-linked turn battles”, and transitions from exploration to battles without loading times in “seamless battles”, the entire game can be enjoyed at a great pace.

2 types of panels for everyone to enjoy synthesis!

This game uses panel synthesis, the synthesis system of the Mysterious series, where materials are placed in the panel slots to create new items in this puzzle-like feature. By placing the certain materials in the slots, various effects can be produced.

There are 2 types of panels in this game that players can select from : a regular panel and a restricted panel that has a higher synthesis difficulty level.

The board of the restricted panel is fairly complex, but when materials are placed just right, items with high effects can be synthesized, which can’t be generated from the regular panel.

Atelier Sophie 2: The Alchemist of the Mysterious Dream will arrive for Switch on February 24, 2022 in Japan and February 25 worldwide. Access the official site here.