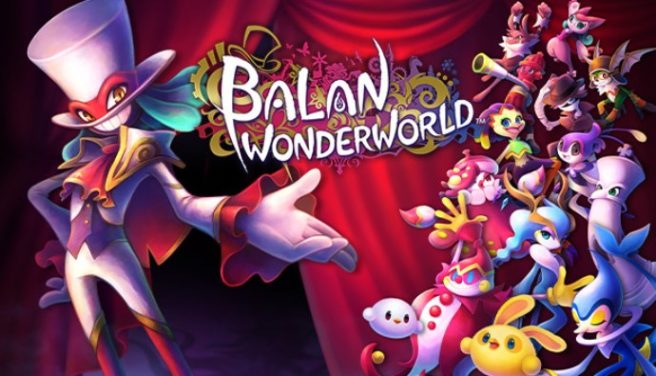 Square Enix has shared new information about the 3D action-platformer Balan Wonderworld. Information has been provided about the game’s premise, costumes feature, story, and characters.

Balan Wonderworld is a wondrous action-platformer game themed around a mysterious musical theatre.

The stars of the show will use special abilities from a multitude of characterful costumes as they adventure in the bizarre and imaginary land of Wonderworld. Here memories and vistas from the real world mix with the things that people hold dear.

Twelve different tales await our stars in Wonderworld, each with their own unique quirks. They will explore all corners of these labyrinthine stages, using all the tricks and gimmicks hidden along the way, to get to the heart of each touching story.

Over 80 different costumes unlocking an array of spectacular actions and abilities!

The stars of the show can use powers from the inhabitants of Wonderworld by wearing their colorful costumes, with over 80 different ones to try on!

Bash your enemies, walk in the air, freeze time or manipulate all kinds of objects… the possibilities are endless when you pick up a new costume.

The setting for this tale is the fantastic, imaginary land of Wonderworld; a place where people’s happy and positive memories mix with their restless worries and negativity.

Leo and Emma are led into Wonderworld by the enigmatic maestro Balan and set off on a journey to find what is most precious to them.

Before they can return to the real world, they must first restore the lost balance in their hearts…

Several years ago he had a big argument with his best friend and has preferred being alone ever since.

A 15 year old girl who has a smile for everyone.

She is worried that people are nice to her face but talk ill of her as soon as her back is turned.

The enigmatic maestro who guides Leo and Emma to Wonderworld. Those who see him never tire of his unexpected and comical antics.

Lance traps visitors to Wonderworld within their own hearts, to create monsters out of negativity.