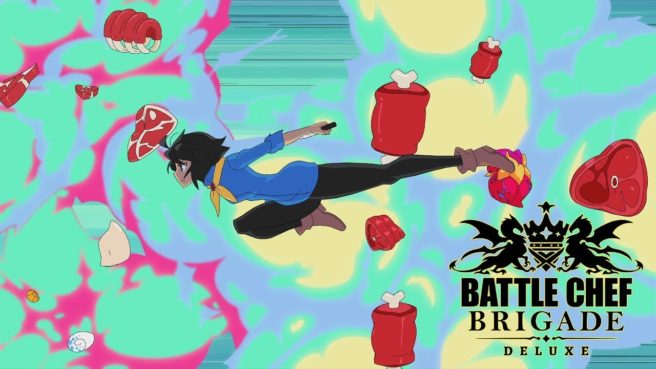 Trinket Studios and Adult Swim Games aren’t done with Battle Chef Brigade. Close to a year after its original launch, a major “Deluxe” update has been introduced.

Ziggy is the most mysterious and possibly unsanitary chef in Battle Chef Brigade. He has a lazy streak and relies heavily on his summoned minions. His sous skeletons lead the way, with rolling pins and pans, his imps carry ingredients to the pantry, and his turret-like demons take care of any stragglers. Of course, a good Battle Chef can’t always rely on magical help and, when necessary, Ziggy knows how to take care of business. A few breakdance-style kicks and a spin or two are enough to prep any monster for the kitchen. We had an incredible time designing him and can’t wait for you to slide into battle as Ziggy.

In a game centered on intense hunting and cooking duels, multiplayer kicks it up a notch. We drew inspiration from fighting games, brawlers, and our couch-based childhoods to make dueling your friends and enemies perfect. Wait for your opponent to kill the Dragon and then swipe its spicy steak for yourself! There’s a buffet of options and items to choose from, including quite a few new ones for Deluxe, such as Ziggy’s Grill, Bony Tongs, and Carnivorous Expertise.

We’ve added a lot more replayability and polish for Battle Chef Brigade Deluxe. Here are some of the additions:

Battle Chef Brigade Deluxe’s release date on Switch isn’t quite set on Switch just yet. However, it should be August 28 or very close to that date.