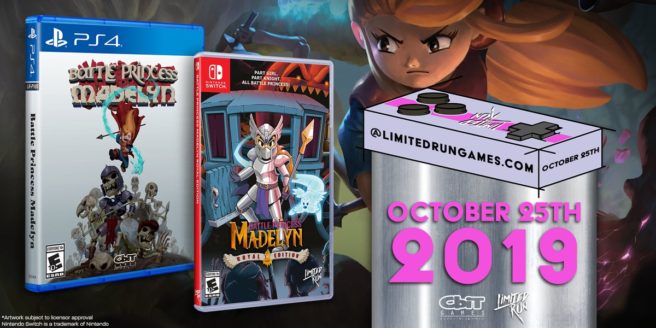 A physical version of Battle Princess Madelyn is in the works, Limited Run Games has announced. Pre-orders open on October 25 through the company’s website. Reservations will be live for two weeks.

Battle Princess Madelyn originally debuted on the Switch eShop last December. Since its launch, the 2D action-adventure title has received a number of improvements. More information can be found here.