Big Hero 6: Battle in the Bay coming to 3DS and DS 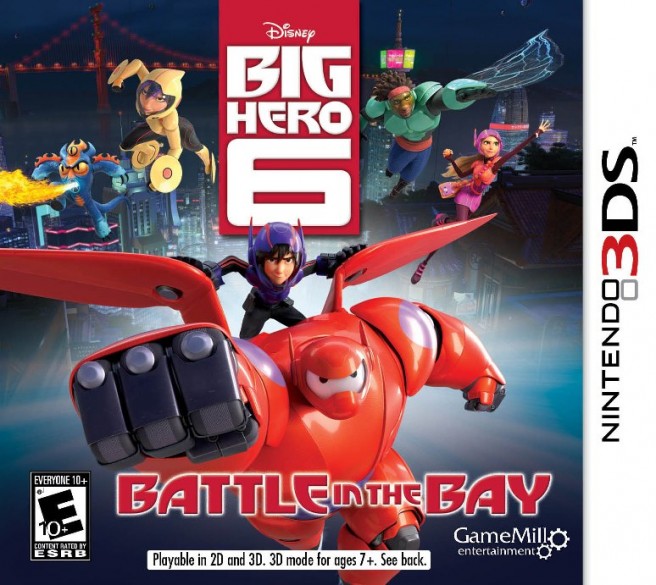 GameMill Entertainment has announced Big Hero 6: Battle in the Bay, a new action-adventure platforming game for 3DS and DS. It’s due out this fall in North America.

Set after the events of the film, the game follows robotics prodigy Hiro Hamada and his like-minded friends turned heroes – Baymax, GoGo Tomago, Wasabi, Honey Lemon, and Fred – as they attempt to save the city of San Fransokyo from a battlebot invasion. The adventurous gameplay is brought to life with vibrant comic-style storytelling that gives players control of the stars of the film in this action-packed combat platformer.

Disney Big Hero 6: Battle in the Bay lets players interact with all six members of the squad, each in unique ways. Playable characters include Fred, boasting over-the-top power; GoGo, specializing in speed; Wasabi, featuring fast-paced combat skills; and Hiro who’s adept at platforming. Baymax and Honey Lemon also show up to support players throughout gameplay. Each of the adventure’s 20 story levels is tailored to reflect and test the talents of a specific character with a diverse assortment of enemies and environmental hazards. The game also offers climactic boss showdowns, hidden collectibles that unlock potent upgrades for the crew and special Challenge Mode versions of each stage.

Check out the boxart for Big Hero 6: Battle in the Bay above.