Posted on September 2, 2021 by Brian(@NE_Brian) in Switch eShop, Videos 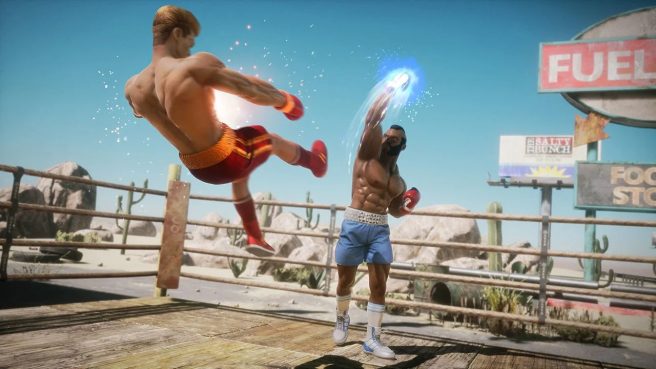 Big Rumble Boxing: Creed Champions has one more day to go until release. Ahead of its arrival, we have a new trailer promoting the imminent launch.

Before that, catch up on the following overview containing additional information about the game:

Are you ready to become a boxing champion? Step into the ring and show off your boxing skills in a knockout arcade experience. Fight as one of 20 iconic characters from the Creed and Rocky movies. Take on world-class opponents across a variety of thrilling locations, or challenge your friends and family in intense, head-to-head matches.

Pound-for-Pound Boxing for All

Pulse-rousing Fun with Friends and Family

Big Rumble Boxing: Creed Champions is the second collaboration between Survios and MGM Studios Inc., that brings the gripping intensity of Creed boxing to consoles for the first time.

We have the new launch trailer below.

Big Rumble Boxing: Creed Champions will be out for Switch on September 3. We have more about the game here. The official site is also up here.