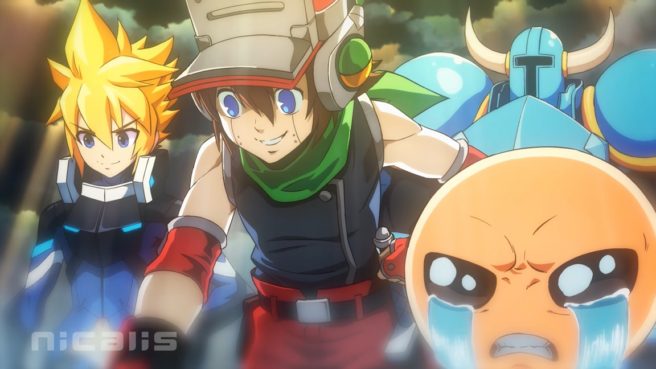 Nicalis has determined a western release date for its crossover fighting game Blade Strangers. It’s due out on August 28, the company announced today.

Blade Strangers features characters from a number of games, including Cave Story+, The Binding of Isaac: Afterbirth+, Code of Princess EX, Umihara Kawase, Shovel Knight, and Azure Striker Gunvolt. You can also expect a plethora of modes such as Story Mode, Challenge Mode, online support, and much more.

We have more information on Blade Strangers below, along with a trailer.

The indie crossover brawler developed by Studio Saizensen embraces a traditional and streamlined four-button control scheme that offers accessible inputs for beginner players, while still providing advanced players with endless opportunities to discover new tactics as they hone their skills.

Blade Strangers combines the excitement and subtle dynamics of a classic one-on-one fighting game with the polish and high-quality visuals expected from a current-gen contender. The game will arrive feature-rich at launch, complete with a wide variety of online and offline gameplay modes and additional offerings including:

The diverse roster in Blade Strangers includes unique characters from different backgrounds, headlined by Quote and Curly Brace (from Cave Story+), Isaac (from The Binding of Isaac: Afterbirth+), Solange, Ali, Liongate and Master T (from Code of Princess EX) and Kawase, Noko and Emiko (from the Umihara Kawase series). The 14-character launch roster also features indie superstars Shovel Knight and Gunvolt as special guests, plus new characters Lina and Helen who are appearing in a video game for the first time ever.