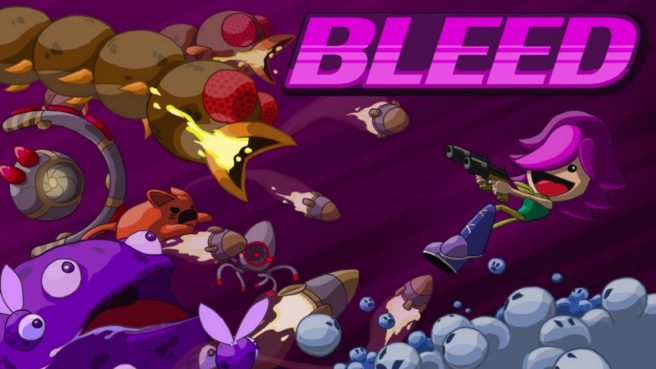 A listing on the North American Switch eShop reveals that Bleed is coming to Switch. Digerati will be publishing the game on December 14 for $14.99.

Bleed, an action-platformer in which you run, jump, and shoot your way through various levels, originally debuted in 2013. It has since started reaching new systems over the past few months, with Switch up next.

We have more information and a trailer below:

Wryn is a girl with a big arsenal and big dreams — she wants to be the ultimate videogame hero! Help her take down the Greatest Heroes of All Time in an action-packed bid to claim the title for herself and show the world what a true hero looks like!

Bleed is an action-platformer focused on stylish, acrobatic dodging and fluid, challenging gameplay. There’s no filler — just you and your skills against seven levels of enemies, obstacles, breakneck set-pieces and inventive bosses!

– Unique control scheme enabling crazy fast action
– 7 levels packed with multiple set-pieces and bosses
– 4 difficulty levels that remix enemy placement and boss patterns
– 2-player local co-op for all modes (requires at least two Joy-Cons)
– 3 unlockable characters with their own gameplay twists
– Survive the entire game on one life in Arcade Mode
– Select and battle up to three bosses at once in Challenge Mode.

Thanks to not_pigeonhole for the tip.