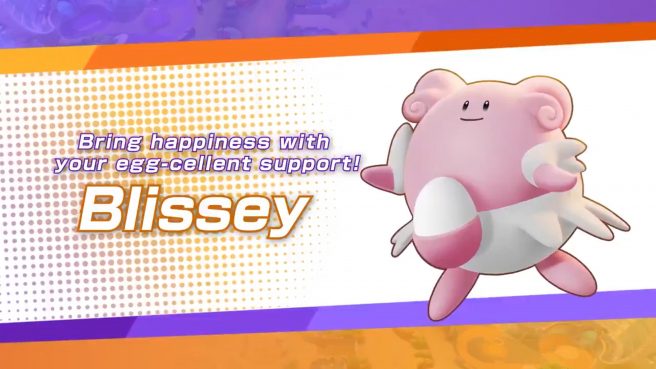 Pokemon Unite is receiving Blissey as its next character, The Pokemon Company and TiMi Studio Group have announced. The roster will be updated with the addition on August 18.

Blissey is a Supporter Pokemon “with moves that heal or increase basic attack speed”, according to The Pokemon Company. Bliss Assistance is its Unique Move, which “allows it to dash to an ally’s aid and protect that ally from attacks.”